Nokia has finally made the previously leaked Symbian Belle handsets, the 600, 700 and 701 and the new update official, at the Hong Kong event today. All of the three handsets will have NFC for quick sharing and pairing and to connect to various accessories that Nokia recently announced. The three handsets will be powered by 1GHz processors, so surely they are going to blazing fast. 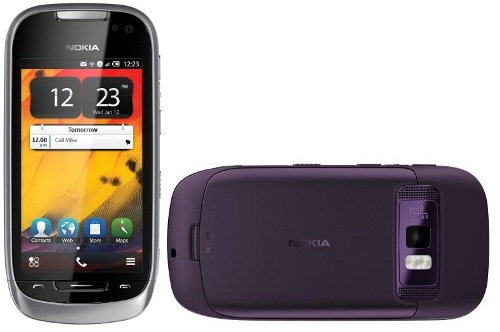 The Nokia 701 is a slim smartphone with a 3.5 inch ClearBlack display, single-tap NFC pairing and sharing capabilities, a 1GHz processor, 3G, Wi-Fi, Bluetooth 3.0, 8MP full focus camera with dual LED flash (no auto focus?) with HD capabilities and a front facing camera as well, 8GB internal memory and extendible via microSD card up to 32GB. The design is based on the C7. 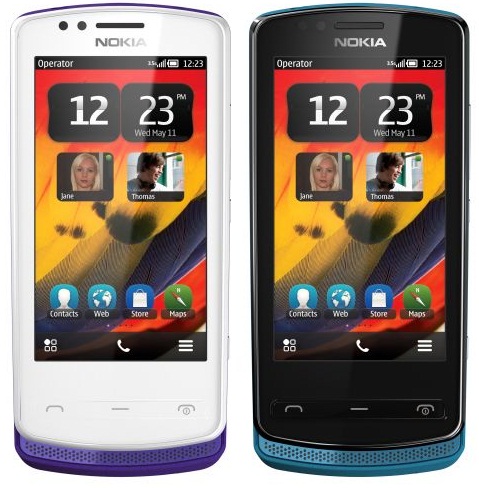 The slim and smart Nokia 700 is one of the most compact smartphone in the Symbian range. It boasts a1Ghz processor, a 3.2 inch AMOLED screen ClearBlack display, 2GB of internal memory (with the option of using a 32GB microSD card for a total of 34GB), Wi-Fi, Bluetooth 3.0, HD video capture and 5MP full focus camera with LED flash flash, NFC and a large battery life. 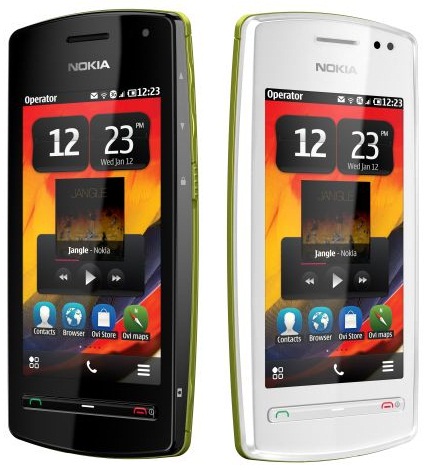 Symbian Belle, the latest in a series of planned software updates to the Symbian platform The update is said to be available in Q4 for Symbian^3 handsets, namely the N8, C7, C6-01 and E7, which recently received the Anna update. Symbian Belle increases the number of home screens from three to six providing more room to display applications and services. Live widgets, now come in five different sizes, making the home screens come alive and giving users more flexibility to personalize the user experience.

It also includes a pull down menu and taskbar to access notifications from any of the home screens and further enhancements to the Web browsing experience.  Symbian Belle will also feature the single-tap NFC sharing and pairing capability. This allows contacts, videos and images to be shared with other NFC-enabled devices and smartphones, as well as pairing with NFC-enabled mobile accessories such as speakers and headsets. Gaming fans also benefit from the NFC capabilities of the new handsets with the ability to unlock additional levels in Angry Birds or find a hidden blade in Fruit Ninja just by touching two NFC-enabled devices together. On the Nokia 701 smartphone, which comes preloaded with Asphalt 5, two friends can even pair to compete on the same racetrack.