Realme had recently revealed that the company will be launching a successor to the GT Neo smartphone later this month. Today, it has officially confirmed that the Realme GT Nero2 will be launched in China on 22nd September. 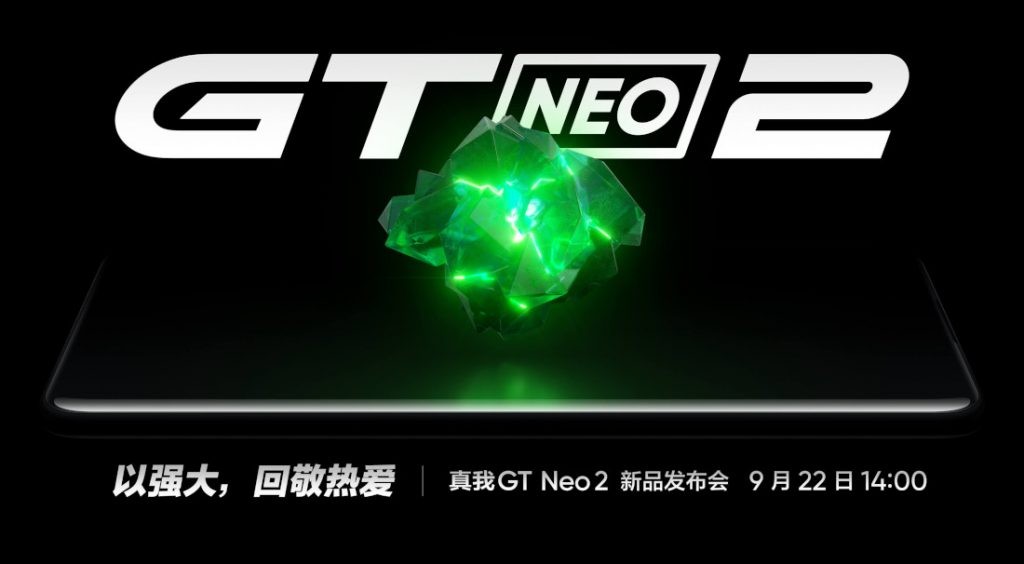 While the company hasn’t revealed any details about the upcoming smartphone, it was recently spotted on TENAA which has revealed the phone’s internals. It features a 6.6-inch Full HD+ 120Hz AMOLED display.

Underneath, the device is powered by Qualcomm Snapdragon 870 SoC with up to 12GB RAM and 256GB internal storage. It will also come with an in-display fingerprint sensor for added security.

As for the camera department, the device features a 64MP primary sensor, an 8MP ultra-wide sensor, and a 2MP maco lens. On the front side, there will be a 16MP snapper for taking selfies and video calling.

It will be running the Realme UI 2.0 based on the Android 11 operating system. The phone is powered by a 5,000 mAh battery with 65W ultra-fast flash charging support.

The Realme GT Neo 2 is expected to come in Mirror Black, Dream Blue, and Super Orange colors. To know more about the smartphone, including its pricing and availability details, we will have to wait for the official launch event.

There’s also a rumor which indicates that the Relame GT Neo2 could be launched in the global markets as Realme GT Neo Gaming Edition.