With the smartphone industry in India growing very fast, the new trend is to opt for hybrid devices which give in the functionalities of the smartphones along with the features of tablets. While many local manufacturers in India have been repeatedly launching such new devices, Samsung didn’t want to miss out on this market and launched its own 5 inch phablet, the Galaxy Grand Duos. 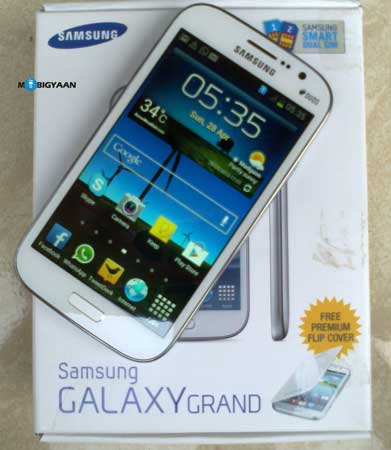 On first looks, the Samsung Galaxy Grand Duos looks like a smaller Note II. The Samsung Galaxy Grand follows the design language of the Galaxy Note II with its rounded corners. The device, though is quite thinner than the Note II, feels a little heavy on the hands. The phone has a good finish, which along with the chromium strip running along the device’s edges gives it a premium look.

The phone has just one fat physical button at the bottom centre along with two touch button on either sides. While the huge 5 inch display takes most of the space in the front side, there is a very thin bezel on either sides of the display. The earpiece, the sensors and the 2 MP front facing camera are lined up at the top. 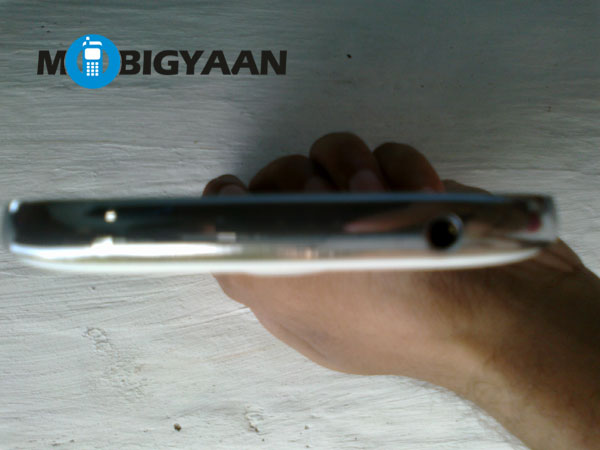 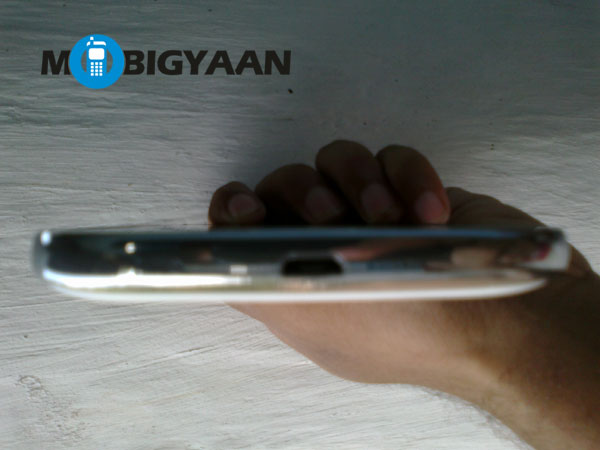 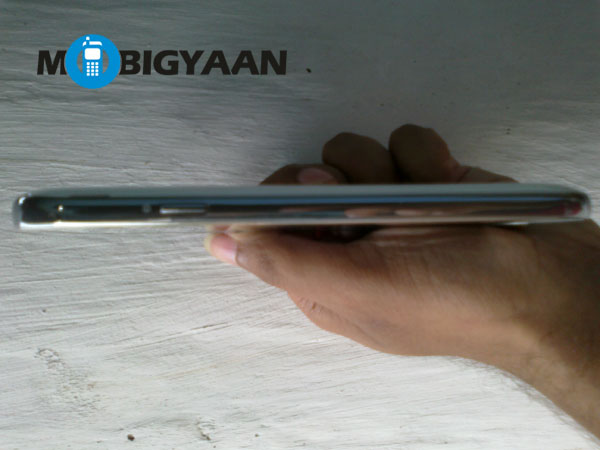 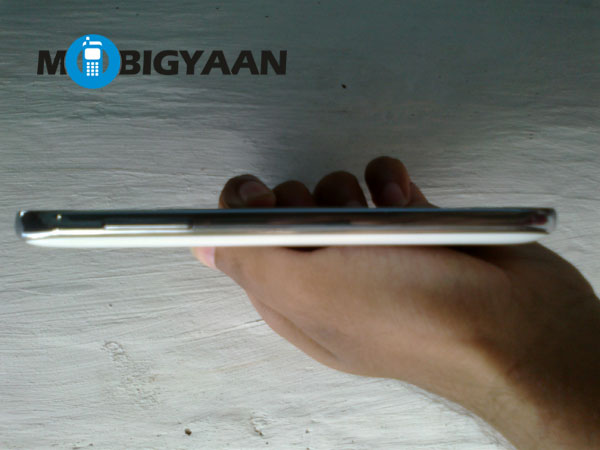 Similarly, the back of the device has the LED flash, the 8 MP primary camera and the speakers lined at the top. The Power/Standby button is place at top right edge of the device to make it quickly accessible. The top left edge has the volume rocker. The headphone jack and the micro-USB charging port are situated at the top and bottom edge respectively. The only missing button is a dedicated camera button, which would’ve been quite useful in operating the camera. 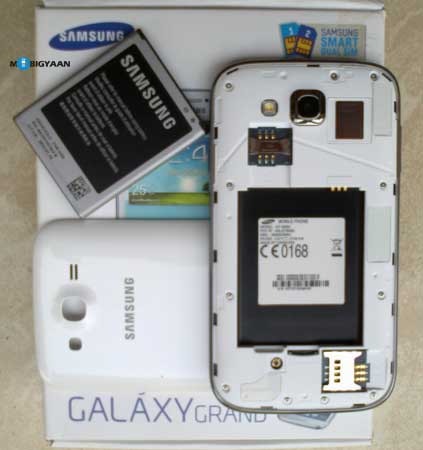 The Samsung Galaxy Grand has two SIM slots – one on the top left and one at the bottom right. There is a micro SD card slot right next to the bottom SIM. Under the hood, we have a 1.2 GHz dual core processor with 1 GB of RAM and 8 GB of internal memory. Using the microSD card, the memory can be further increased up to 64 GB.

The device has a 5 inch TFT LCD display with a resolution of just 480 x 800 pixels. Though the videos look decent, the resolution should have been a little higher. The touch is very sensitive and responds very quickly. 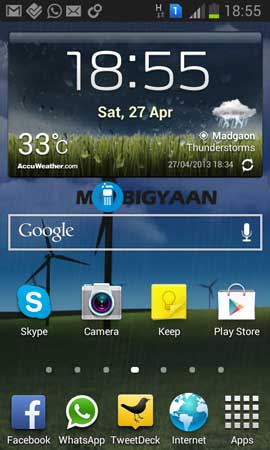 The Galaxy Grand is loaded with the Android v4.1.1 Jelly Bean with Samsung’s own Nature inspired TouchWiz UI. While many do complain about the UI, it does give the device a pleasant look. The device has seven customisable home screens which can be used to add apps and widgets that you would use more often. Being loaded with the Android Jelly Bean, the Galaxy Grand comes with the Google Now service. This intuitive service is useful for not only quick searching using voice but also displays information relevant to you like the current temperature and weather condition at your location, time required to get back to your home location and even news articles for recently searched news. The device has a special screen for headphones. On connecting the headphones, another home screen gets added which has quick shortcuts for music player and video. Also commonly used apps in headphones mode like Radio are also added on the home screen. There is a unique Multi-Window feature which lets you to divide the screen into two halves and operate two apps simultaneously. The keyboard, if required, would be floating between the two apps. While the stock keyboard works well, a third party keyboard is highly recommended as the keys are a little hard to reach considering the size.

The front facing 2 MP camera is amazing for video chats. It provides a steady and clear output with 480p video recording. The camera has settings like Panorama, Face detection, Flash, Exposure value, Scene mode, ISO and White balance which can be used to get a good picture in the existing conditions. The only thing missing is a dedicated camera button which would make clicking the photos easier.

Like any other Samsung device, the Galaxy Grand doesn’t disappoint for performance. The 1.2 GHz dual core processor along with the 1 GB of RAM makes operating the device very smooth. The applications consuming heavy resources including games render very smoothly with no lags at all. Even the browser is quite fast in loading and can be easily adjusted.

Watching videos on this device is a good experience and given the picture clarity and the big screen size, makes it a total entertainment package. Also the sound from the speakers at the back of the device is excellent and very clearly audible.

The only concern for the Galaxy Grand is its battery. The battery, which is 2100 mAh, when on 3G lasts hardly for 5 hours after full charge. Commonly used applications like video player, music player, web browser, games and Wi-Fi connectivity quickly drain the battery. Considering the battery, we would suggest never to use the very accurate GPS on this device. Also the time taken to fully charge an empty battery is nearly 2 hours, which is quite a lot. The Galaxy Grand is a dual SIM phone and has support for 3G on both the SIM’s. While it is said when using both the SIM’s, you can take calls from both the SIM’s, it didn’t seem to be working for us, with the other SIM giving switched off message.

The device also has Wi-Fi with options to create Wi-Fi hotspot, which is quite efficient and fast. It also has Bluetooth v4.0 which can quickly transfer files from the phone to other devices. The phone can also be connected to the computer with the microUSB port.

Overall, the Samsung Galaxy Grand Duos is a great smartphone with good processing capabilities and amazing features. While the battery life quickly needs to be improved, it is something due to its size that would definitely be seen in your hands easily. Sadly at a price point of Rs. 21500, it’s a little too expensive compared to similar phablet from local manufacturers which are priced for half of this this price.