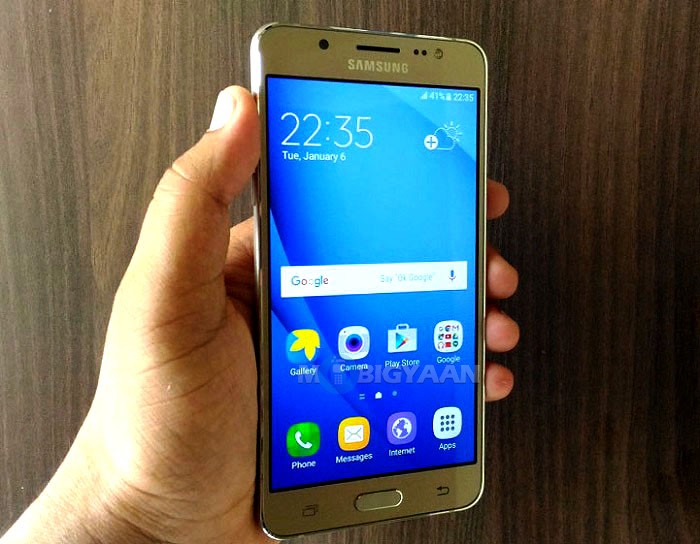 The Samsung Galaxy J5 (2016) is the newer variant having a wonderful 5.2-inch AMOLED display on the front. The design is quite changed from their previous generations. You have the metal  frames on the sides similar to the Galaxy A (2016) series. Perhaps, it’s the refined version of the old J5 you can say. The 5.2-inch handset is the smaller variant of the 5.5-inch Galaxy J7 (2016).

Both the smartphones, Galaxy J5 (2016) and Galaxy J7 (2016) feature AMOLED display, S-bike mode, removable battery yet they are targeted in a different size segment. For people who like 5.5-inch smartphones or higher sized, the Galaxy J7 (2016) is for them. The Samsung Galaxy J5 (2016) is sized at 5.2-inch. Holding it in one hand is comfortable (159 grams) and also feels solid in the hands. The build quality is significantly improved. 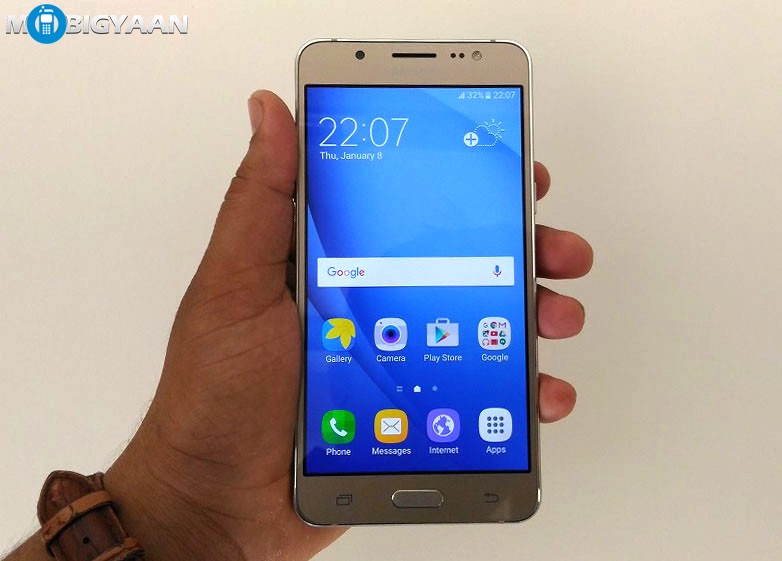 Talking about the specifications, what powers the handset is a 1.2 GHz quad-core processor from Qualcomm Snapdragon 410 with 2 GB RAM and 16 GB storage. We have noticed the same SoC in some lower priced smartphones. With a hefty ₹14k price tag, the Samsung Galaxy J5 (2016) could be a let down in the performance area while it clearly holds the position in the display segment.

It doesn’t boast a fingerprint scanner on the home button as well as the backlit touch buttons at the bottom. What also notable is the S-bike mode feature which uses the NFC available on the phone so that the user cannot attend the calls while riding the bike. 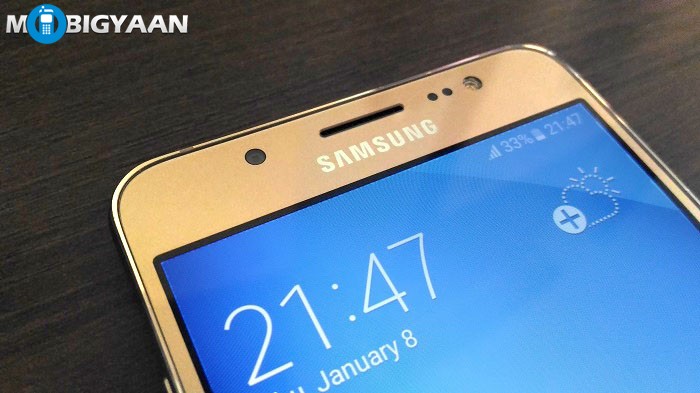 On flipping the device, you will find a 13 MP autofocus camera with an LED flash alongside a loudspeaker. Furthermore, a 3100 mAh battery lies under the hood which can be removed easily by opening the back of the cover. The battery capacity is somewhat lower as compared to the Samsung Galaxy J7 (2016) which flaunts a 3300 mAh removable battery.

The smartphone supports 4G network with dual Micro SIM options. What else you can find is the handset supporting NFC available on the back of the cover for the S-bike mode feature. Just like the Galaxy J7 (2016), the keys you have on the either side feels very good and gives you a tactile feedback from an ergonomic point of view. Moving to the right side, the phone has a power key while the left side holds the volume control keys. The top area is kept empty while the bottom has a standard 3.5 mm audio jack, a Micro USB port, and a microphone.

The smartphone can be outperformed by the competitors due to its weak CPU, however, in other areas, the Galaxy J5 (2016) can have a cutting edge advantage with its display, S-bike mode featuring NFC, a camera with front LED flash. The handset runs the updated Android 6.0.1 Marshmallow that means the operating system has a support of the new features of the Android Marshmallow such as the Google Now on Tap, Doze mode, and App permissions. We are yet to check the other aspects of the phone which will be covered in the review. Let us know in the comments below what do you think about the Samsung Galaxy J5 (2016).