Android 4.4.3 will bring along a completely new dialer for your smartphone

Ever since Android 4.1, all Android updates have been incremental and not brought along a lot of changes. It seems now that Android 4.4.3 might break this jinx. Some leaked screenshots of the eagerly awaited Android update have emerged and bring out atleast one major redesign, the Google dialer is in for a revamp.

So what’s new you ask? Well, unlike it was in the past, there wouldn’t be a  list of contacts. Instead, it would flash cards with your contact name and information. The cards will have a colored background and you can even assign a photo to them. There will  be a search bar on top and an action bar at the bottom. 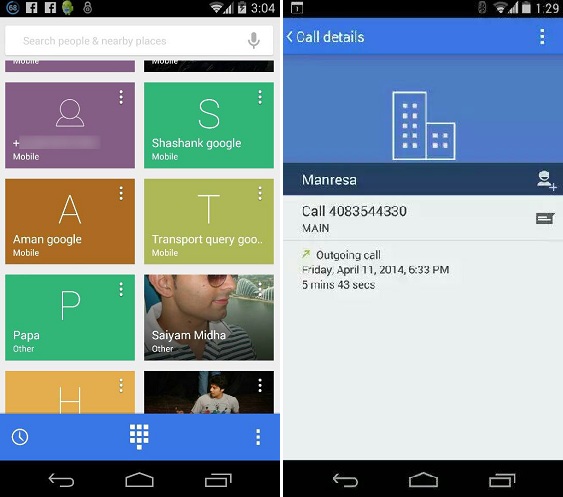 The leaked screenshots were apparently taken from a Google Nexus device, most probably belonging to someone from Google. There is no certainty on when Android 4.4.3 update would be out, but we can safely say soon, since it has already started pouring down on selective Nexus 5 devices in the U.S.