by Divyang Makwana
in Asus, Reviews

ASUS launched the Zenfone 3 Max in India this November and it appears to be more of a battery-life-oriented smartphone (4,100 mAh). About 5.2-inch in size, this smartphone is also protected by a strong metallic shell with a 2.5D curved glass on the front. Read more about ZenFone 3 Max in the following review. 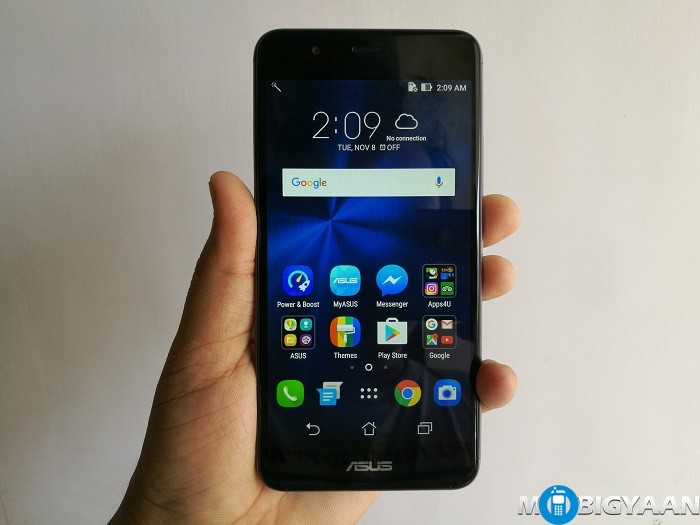 As compared to the previous ZenFone Max, the new ZenFone 3 Max has been updated its design to metallic unibody whereas the ZenFone Max used plastic materials. The back of the phone feels very soft matte finish. This is the budget smartphone from the ASUS ZenFone 3 series priced at ₹12,999.

The metal unibody and its 2.5D curved glass make it interesting to hold. In fact, other higher variant ZenFones also use the same design combination such as the ZenFone 3 laser. ZenFone 3 Max is 148 grams in weight and 8.6 mm thick. 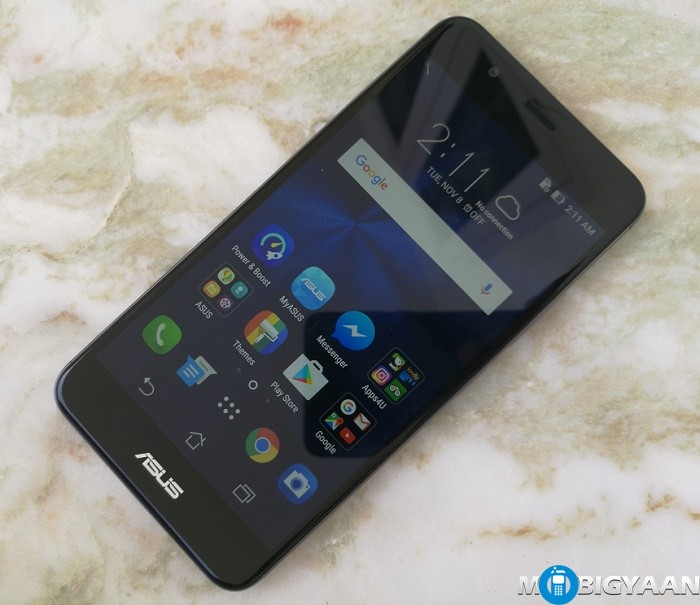 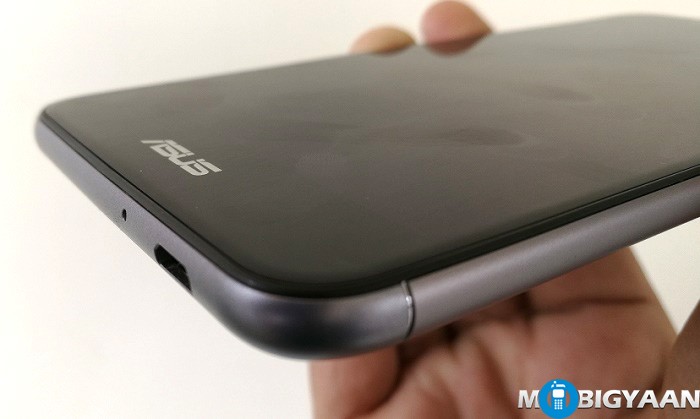 On the back you will find a 13 MP camera which appears to be the same camera used from ZenFone Max but without a laser autofocus. Yes, you will miss the laser autofocus on the camera. The front has a 5 MP camera.

The speakers behind can be blocked when placed on a flat surface and they aren’t really loud as the ASUS ZenFone Max 3 Laser. They sound average. Moving to the bottom of the device, you can find a Micro USB and a microphone. The top has a 3.5 mm headphone jack and another microphone. The right side has a power key and volume keys, the left has hybrid SIM tray. It has dual SIM capabilities, supports 4G network with VoLTE. The SIM 1 tray a micro SIM and SIM 2 holds a nano SIM (GSM + GSM). The second slot can be either used for one nano SIM or a MicroSD card (GSM + MicroSD).

ASUS ZenFone 3 Max flaunts a 5.2-inch HD IPS display (1280 x 720 pixels). With a 720p display, the 4,100 mAh battery can give the device a boost in battery runtime. Being a user of Moto X (2013), a 720p is good for 5 inchers or less than that. A 720p screen is modest for 5-inch smartphone and it also consumes a lot less battery than the 1080p counterpart. Remember ZenFone Max? It too uses a 720p display with massive 5,000 mAh battery making it the longest survivor in terms of battery life among ASUS smartphones.

Talking about the display quality, the bright areas appear somewhat brighter than usual, and a decent quality display at this price. The viewing angles are good. As the display is reflective and prone to smudges, it may be a little problem in viewing under sunlight areas otherwise are good in indoors.

The ASUS Zenfone 3 Max also comes with the Android 6.0 Marshmallow OS with ZenUI 3.0 on top. Since the operating system and its UI is same as the other ZenFones 3s, the features remain the same. It uses the recent Android security patch from August 2016. As the processor is an entry level, the processing power is mediocre and you may feel a bit lousy performance at times. The system does lag, not every time but on load when you try to do multiple things at the same time. Nothing to talk much about the UI, we have already covered software part in other ZenFone reviews. Moving to the specs, the ZenFone 3 Max uses a mediocre system on chip, MediaTek MT6737 with Mali-T720 GPU. According to the benchmarks, the performance, despite having 3 GB RAM, is even weaker than the old ZenFone Max having a Qualcomm Snapdragon 615 chip.

I did face some lags while multitasking but overall it can be a decent performer if you do less multitasking. The phone doesn’t play 4K videos. Even if you try, it struggles at playing 4K videos on third party media players. In addition, any heavy usage or multitasking can slow down the system. Otherwise can be enough for as a daily driver. The benchmarks is no good than its predecessor, AnTuTu gave slightly less score 30,041 points comparatively, though it’s too far from its competitors.

Geekbench 4 gave a score of 566 points and 1,428 points on singlecore and multicore CPU benchmark respectively. The GPU benchmark on Geekbench 4 scored 755 points. If you are a gamer, you might want to go for a better one, however. Mali-T720 should handle entry level games with ease, but, high end or demanding games barely run on it due to its low-profile CPU. As for the temperature, no worries about the heating, the CPU itself is weak and doesn’t heat the phone much.

It’s good that ZenFone 3 Max provides a 32 GB internal storage out of which you get 24.02 GB free. As the Hybrid tray holds a MicroSD slot, the storage can be expanded with of course losing one SIM slot. The storage performs on ZenFone 3 Max is very similar to the older ZenFones. Benchmarks on A1 SD Bench show that the storage has 64.55 MB/s and 75.54 MB/s read and write speed of respectively. On the other hand, the AndroBench shows the random read speed of 19.32 MB/s and the random write speed of 9.25 MB/s. 196.35 MB/s read and 65.52 MB/s write as sequential speed respectively.

The 13 MP snapper can be very similar to its older siblings from ZenFone 2 series. The camera also does not support laser autofocus and just single LED flash. Although the camera can be as decent if you check those samples below.

The camera boasts the flat design, i.e. no camera bump. Most devices come with a bump.

I never really thought the camera could perform this good. The camera performance is very good at this price. It might be identical or somewhat better than the Zenfone Max itself. The front camera seems to be same as the ZenFone Max. As the autofocus is missing, you still have a good camera package overall that does the job. Video capabilities are average but for snappers, it’s can’t be worth the denying.

The battery life is remarkable, runs around 2 days straight, thanks to its 4,100 mAH capacity. As we know, all the Zenfone Max series smartphones are better in battery life. I believe, the Max refers to maximum battery life but that’s just I think.

Actual battery life can vary depending upon the usage. Our moderate or mixed usage gives around 3 days battery backup which is pretty good at this price while the minimum usage drains the battery around 4 days and a few hours. Heavy usage can go anywhere between a day and a half to two since the CPU is very light on resources.

Moreover, I found that the CPU is mediocre for common tasks and multi-tasking can be a problem but well, it does give a long lasting battery life. Indeed, the power management modes can be used to extend the battery life further.

People already wants a phone with longer battery life and you are the one, consider it if you like the brand value. There are some alternatives to it like the Xiaomi Redmi Note 3 which also comes to play when it’s a showdown for the battery runtime, but only if you want a phone without a recognized brand and yes, the camera of course. Even though its smaller sized form factor, I like the design, the camera, and its battery life. What I would expect here would be a better CPU at this price range. Overall, the long battery run is a deal breaker. Not to mention it can charge other phones, consider it also as a 4,100  mAh pocket power bank.