Honor has already confirmed its launch event for the upcoming Mobile World Congress happening in Barcelona, Spain. Now, the Chinese brand has revealed that it will announce the next-generation Magic-series smartphones at the conference. The latest teaser poster shared by Honor confirms that the Honor Magic 4 series smartphones will be officially launched at Mobile World Congress (MWC) on 28th February. 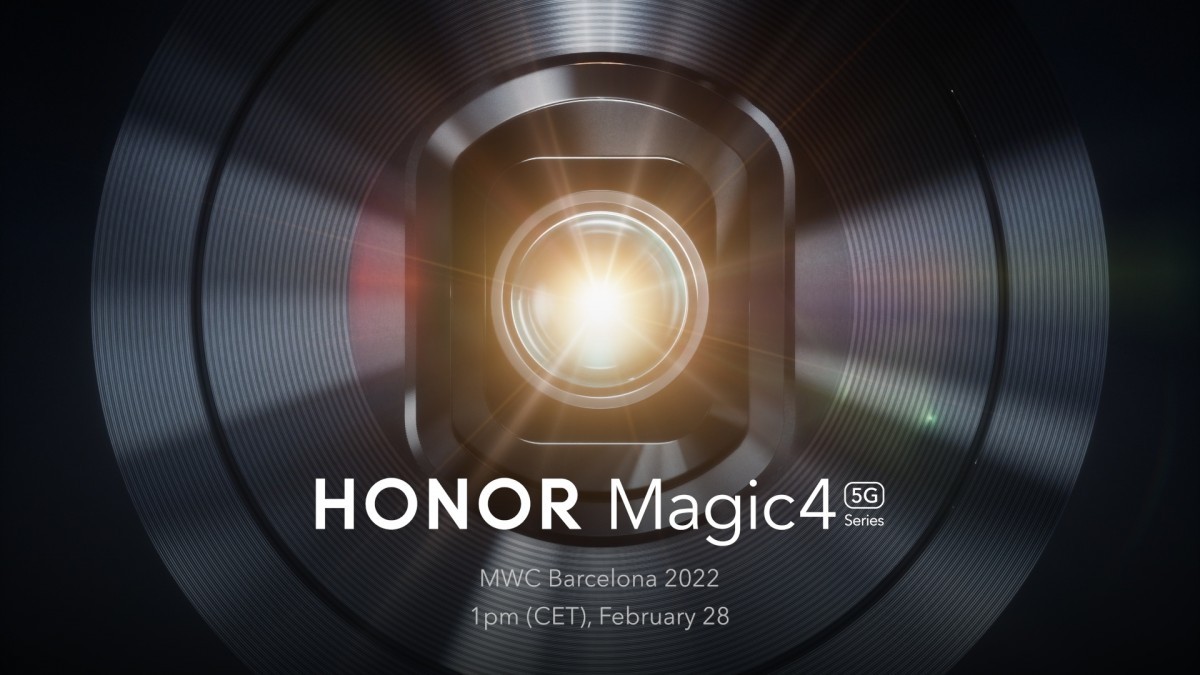 As per the reports, there will be three devices in the lineup — Honor Magic 4, Magic 4 Pro, and Magic 4 Pro+. While the company has not revealed the specs, recent leaks have revealed what the devices pack.

It has already been revealed that the phones will be powered by the Qualcomm Snapdragon 8 Gen 1 chipset. Apart from the chipset powering the devices, nothing else has been shared by the company but we expect to know more about the phones’ specs and features in the coming days through the teasers coming from Honor.

The Honor Magic 4 is said to be powered by the MediaTek Dimensity 9000 SoC while the Pro and Pro+ will be powered by the Qualcomm Snapdragon 8 Gen 1 chipset. All three of them will feature OLED panels from BOE with support for a 120Hz refresh rate, DCI-P3 color gamut, and HDR10+ certification, among others.

On the front side, the standard model will feature a 16-megapixel sensor while the Pro and Pro+ models will have a 13-megapixel sensor and a 3D depth-sensing selfie camera. All three phones are expected to come running the Android 12 operating system out-of-the-box with the company’s own Magic UI 6.0 custom interface on top. We expect to know more about the phones through teasers from the company in the coming days.

How to reset Windows Subsystem for Android (WSA) in Windows 11