Honor has confirmed that the company will be attending Mobile World Congress next month and has also revealed that it will have a global launch of a Magic series smartphone, without mentioning the name of the device in question.

Now, Qualcomm has taken to Weibo and revealed that the Honor Magic device getting launched globally at MWC 2022 will come powered by the Qualcomm Snapdragon 8 Gen 1 chipset. 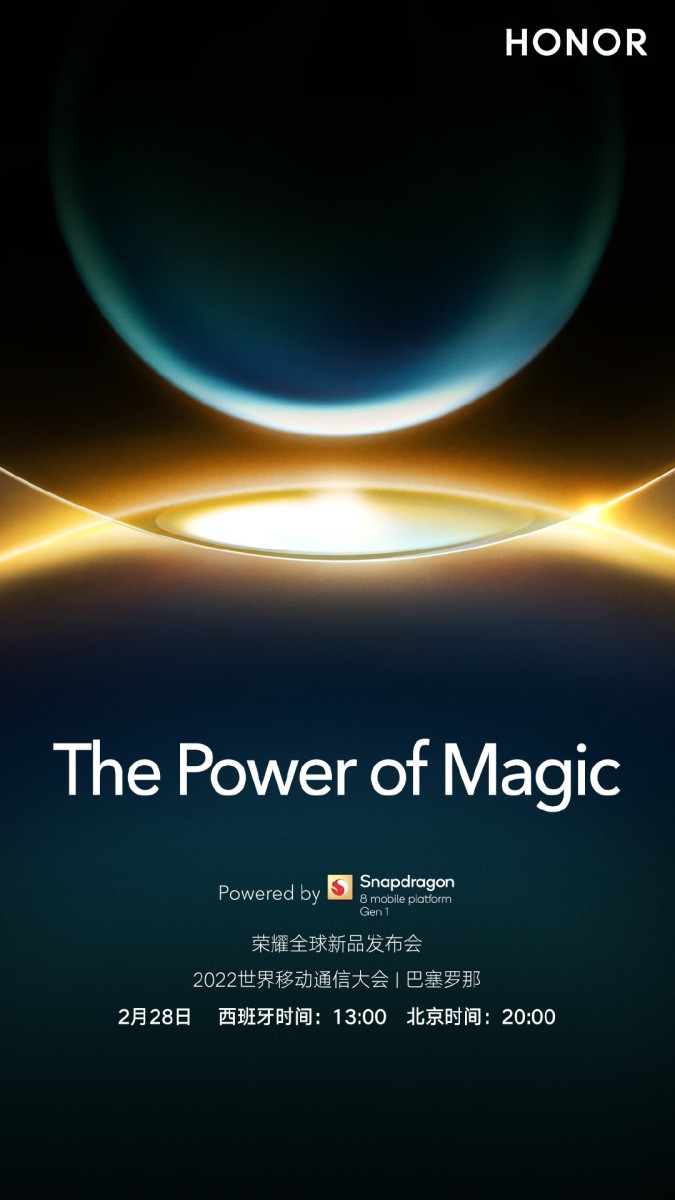 There’s a possibility that the company may launch the Honor Magic V foldable smartphone for the global markets. The phone, powered by the Qualcomm Snapdragon 8 Gen 1 processor, has already been launched in China.

We expect Honor to share more details about the products it plans to announce at MWC which is kicking off on 28th February. If that doesn’t happen then we will have to wait for the official launch event, which is scheduled for 28th February.