Just months after unveiling the flagship LG V20 with a secondary display, LG has now launched the smartphone in India.

LG has announced the launch of the LG V20, which is the company’s latest 4G smartphone in the V series which flaunts a lightweight aluminum body with a secondary display and a fingerprint scanner on the back. The 2.1 inch secondary display allows users to have a glimpse at notifications while outdoors. The Expandable Notifications feature also lets users enlarge the notifications to check long messages and reply to them.

The LG V20 has a 5.7 inch IPS display with resolution of 2560 x 1440 pixels. The smartphone is powered by a 2.15 GHz quad core Snapdragon 820 processor with 4 GB of RAM and 64 GB of internal storage. The handset also features a 32-bit Hi-Fi Quad DAC powered by ESS Technology. This minimizes the distortion and ambient noise. 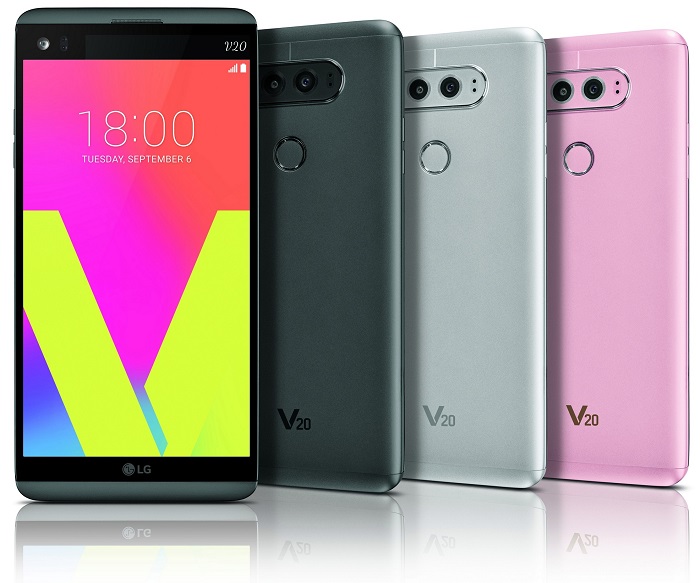 The LG V20 has a dual rear camera setup consisting of 16 MP and 8 MP sensors. There is also a front facing 5 MP camera. The device runs on the latest Android Nougat version with a removable 3200 mAh battery. The phone has dual SIM support with 4G LTE connectivity. The handset is priced at Rs. 54990 and is available in Titan, Silver, Pink colour options.