realme has launched its new midrange smartphones in India in its realme 8 Series, the two new smartphones – the realme8  and the realme 8 Pro are the company’s mid-range offerings between ₹15,000 and ₹20,000. The realme 8 is a toned-down variant of its higher sibling realme 8 Pro which offers a large 108 MP camera sensor. About the realme 8 main highlights, it offers a Super AMOLED display, 64 MP quad cameras, a slim design, and a 30W fast charging. Here’s our realme 8 review. 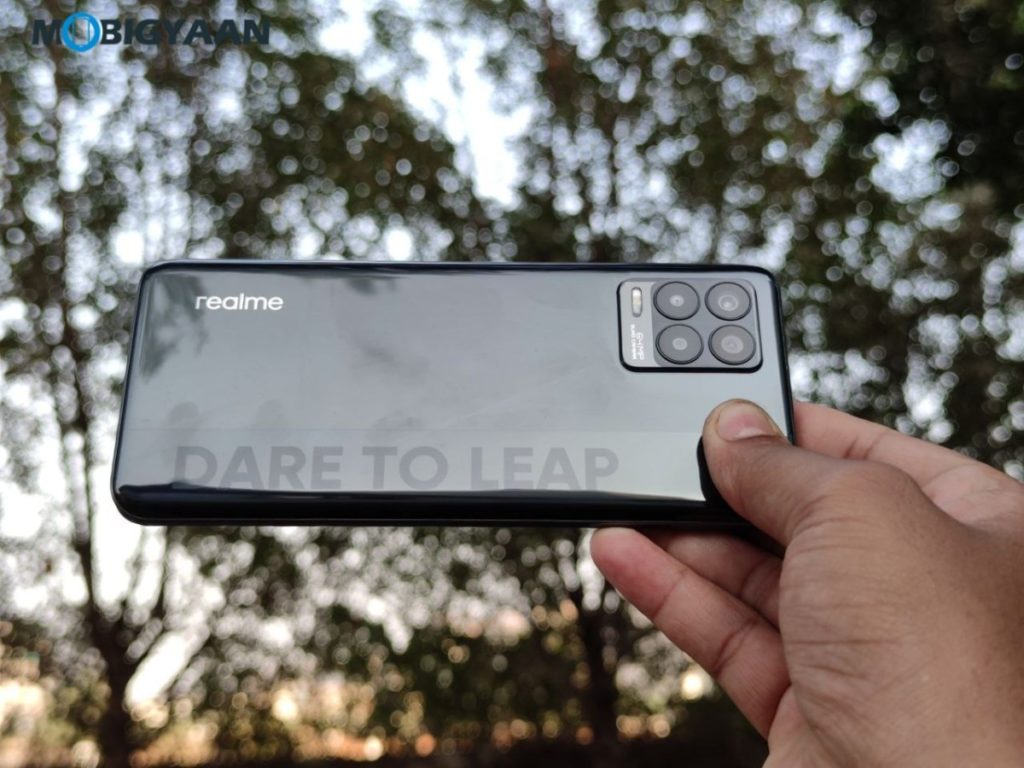 About its design, the realme 8 is slim and light in weight, the back is a glossy finish body with Dare To Leap slogan written in big. Unlike the realme 8’s matte finish, the backside is sleek, glossy made from plastic, and not glass, the sides are not metallic, hence it may look premium, but won’t provide you a premium touch of the glass and metallic design. realme calls it an Infinite Bold design.

You will find a 64 MP quad-camera setup on the top-left side. The overall build quality is solid and comfortable to hold. Speaking of the front side, it has a full-screen punch-hole camera design with a 16 MP selfie camera.

Surprisingly, the display is an amazing 6.4-inch Super AMOLED with a Full HD+ resolution. Moreover, it has a 180 Hz touch response rate and a 60 Hz refresh rate, this could be a downgrade if we compare it with its predecessor realme 7 with a 90 Hz refresh rate, but the good part is the panel is now switched to AMOLED rather than the cheaper IPS LCD.

On the sides of the phone, the bottom has a USB Type-C port with fast charging support, a loudspeaker, a microphone. The top side has nothing but a second microphone.

The right side has a power button and volume control while the left side has a dual SIM tray in which you have the option to add a microSD card in a dedicated slot, the rest are two 4G SIM slots.

Take a look at our unboxing and first impressions of the realme 8 below. 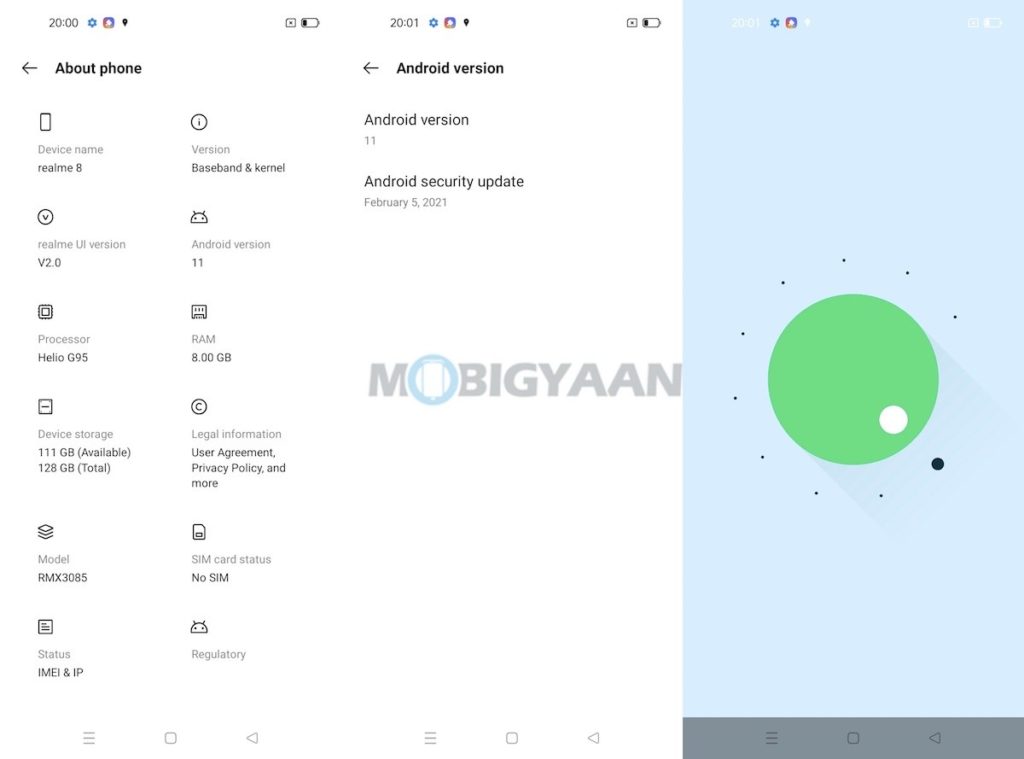 The realme UI 2.0 feels smooth, light in weight, less bloatware that can be further removed if not required. Speaking of the features of the realme UI 2.0, this home-grown UI has been upgraded with 100+ customizations including theme color, dark modes, icon packs, and more. 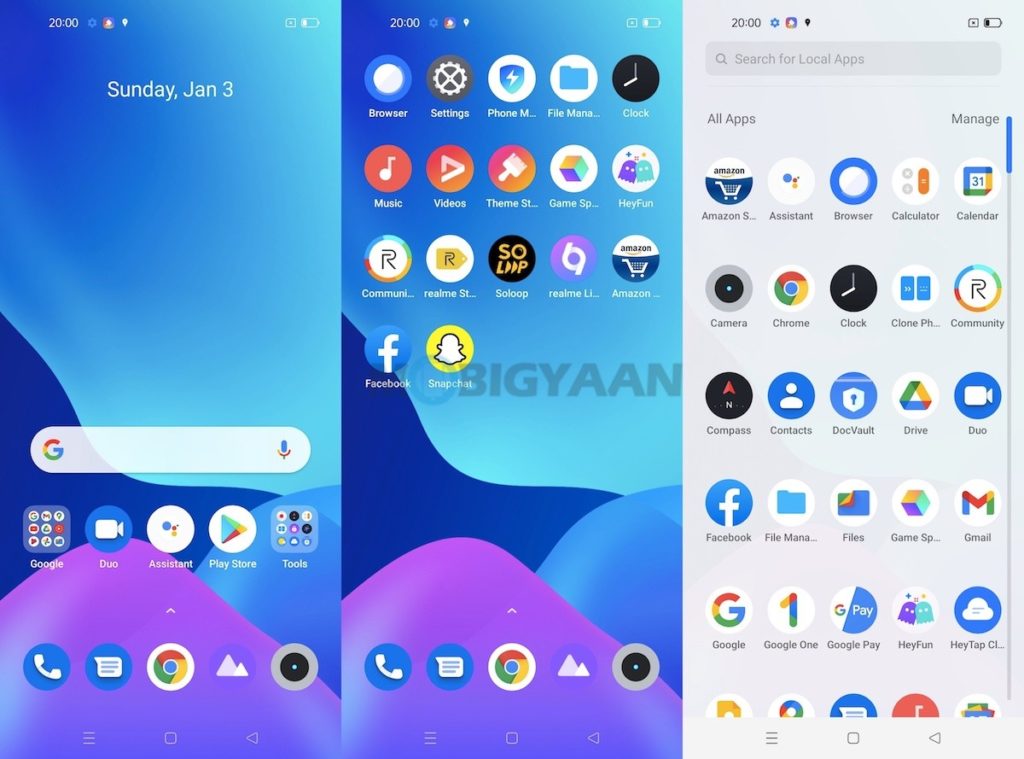 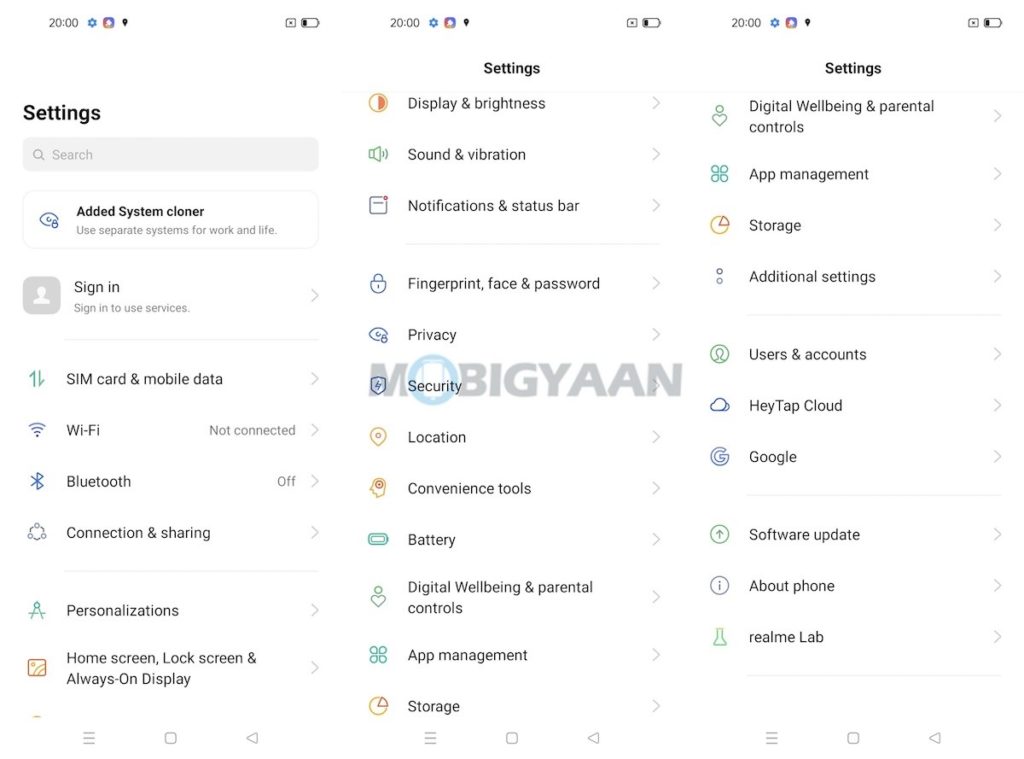 The realme 8 uses the same CPU found in its predecessor, the 12nm MediaTek Helio G95 octa-core CPU clocked at 2.05 GHz coupled with as much as 8 GB RAM and 128 GB onboard storage. It offers ARM Mali-G76 MC4 for graphics applications and gaming. 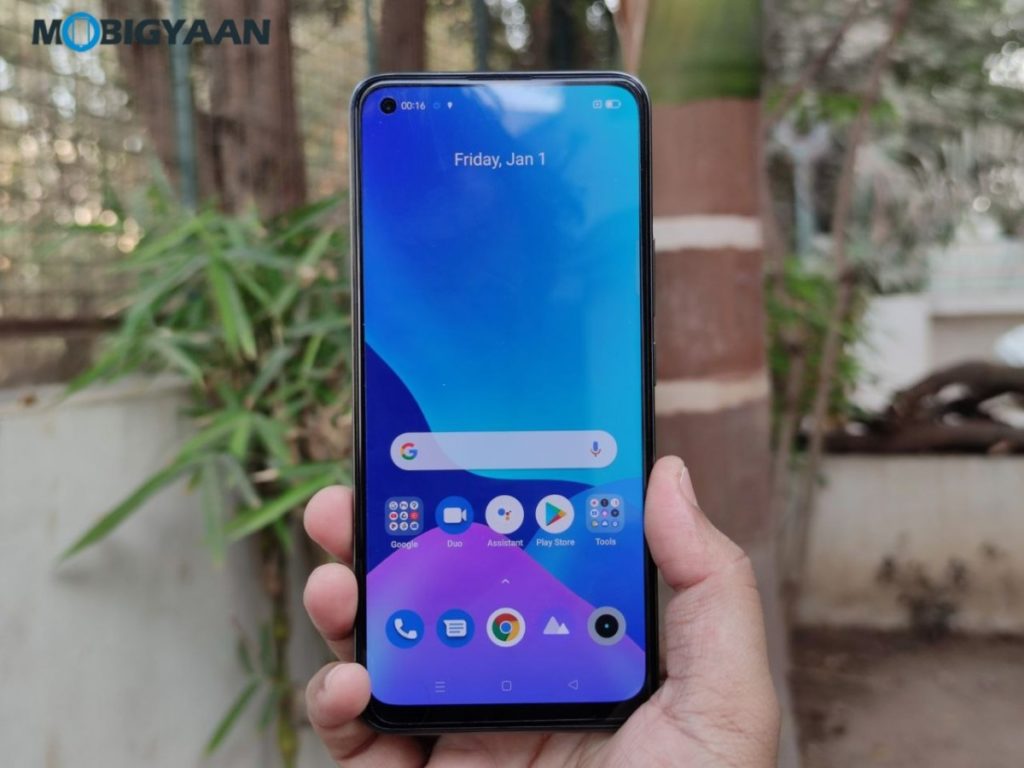 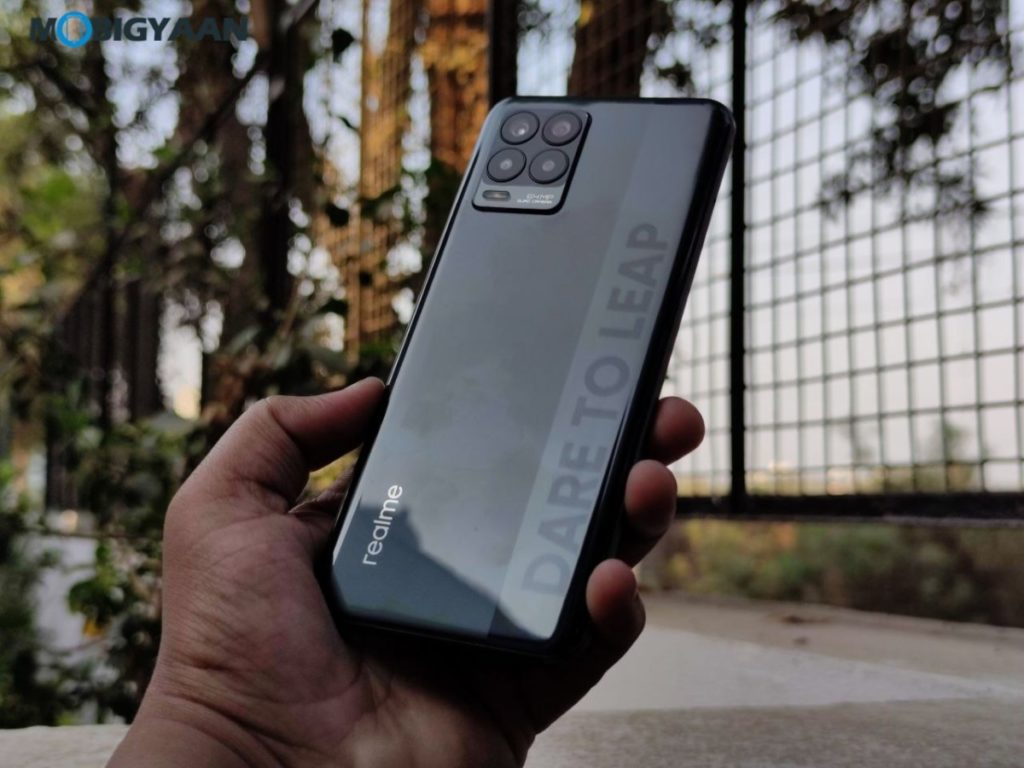 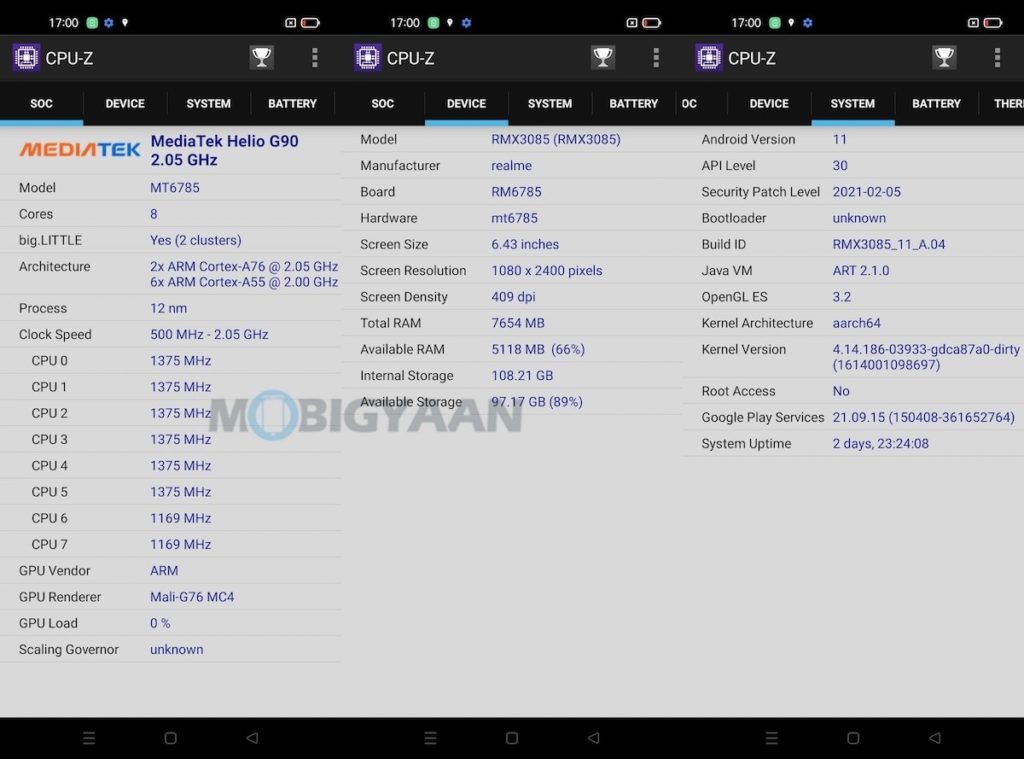 The realme 8 comes in three variants, the base variant has 4 GB RAM with the same 128 GB storage, there’s no other storage variant, but three RAM variants, it’s 4 GB, 6 GB, and 8 GB. The 128 GB storage can be expanded via a dedicated microSD card slot.

No 5G support is found, the MediaTek Helio G95 is a mid-range octa-core CPU with 4G support. There’s no major difference in the performance of the device, you can expect similar performance as its predecessor realme 7. 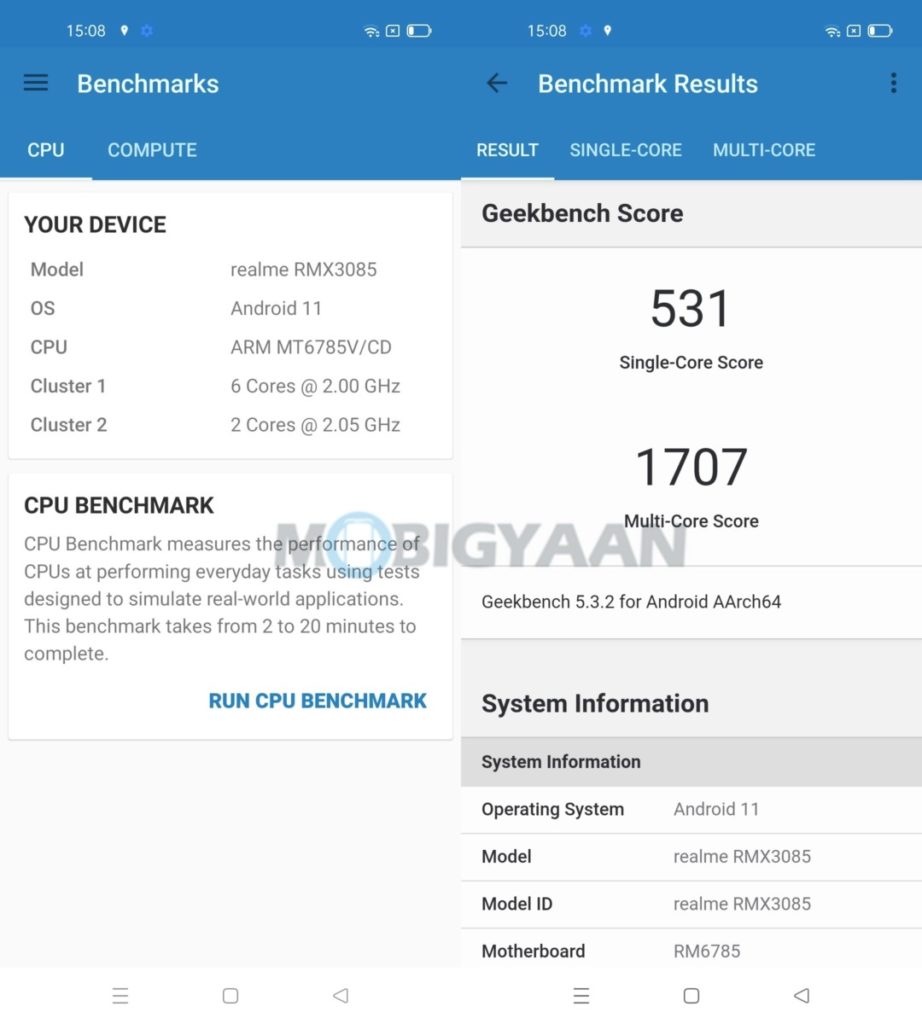 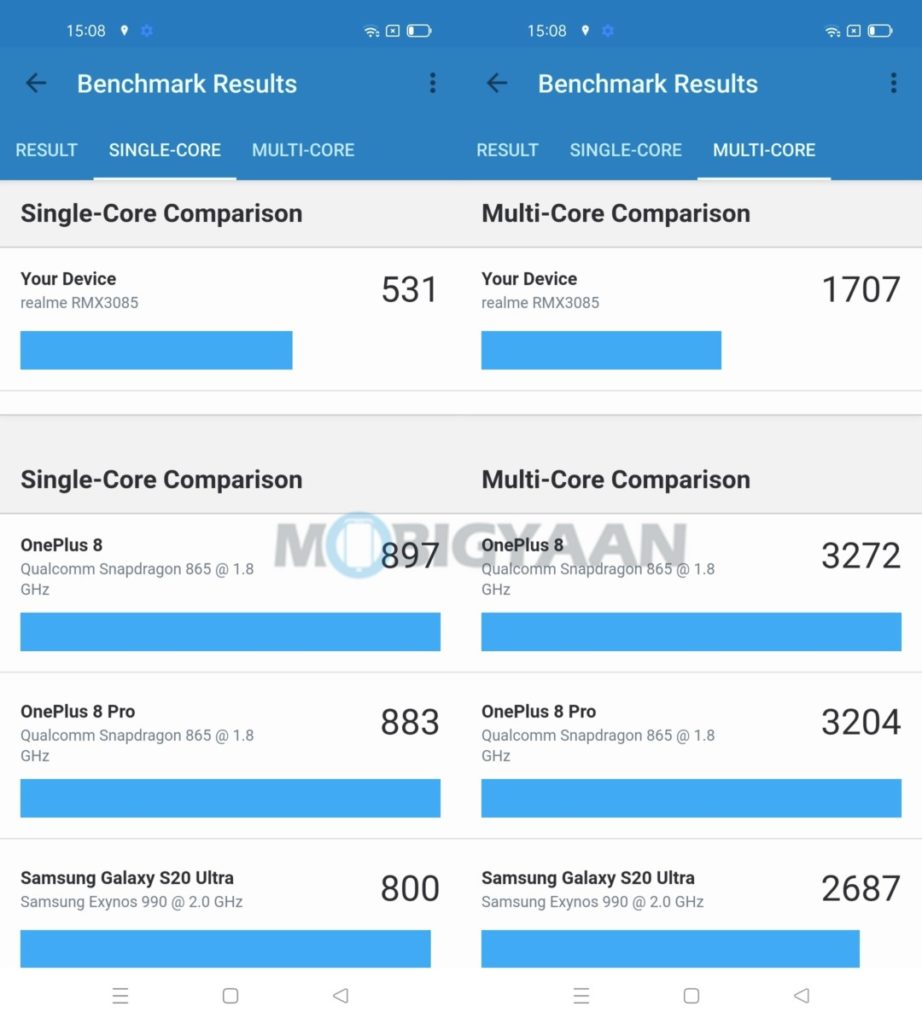 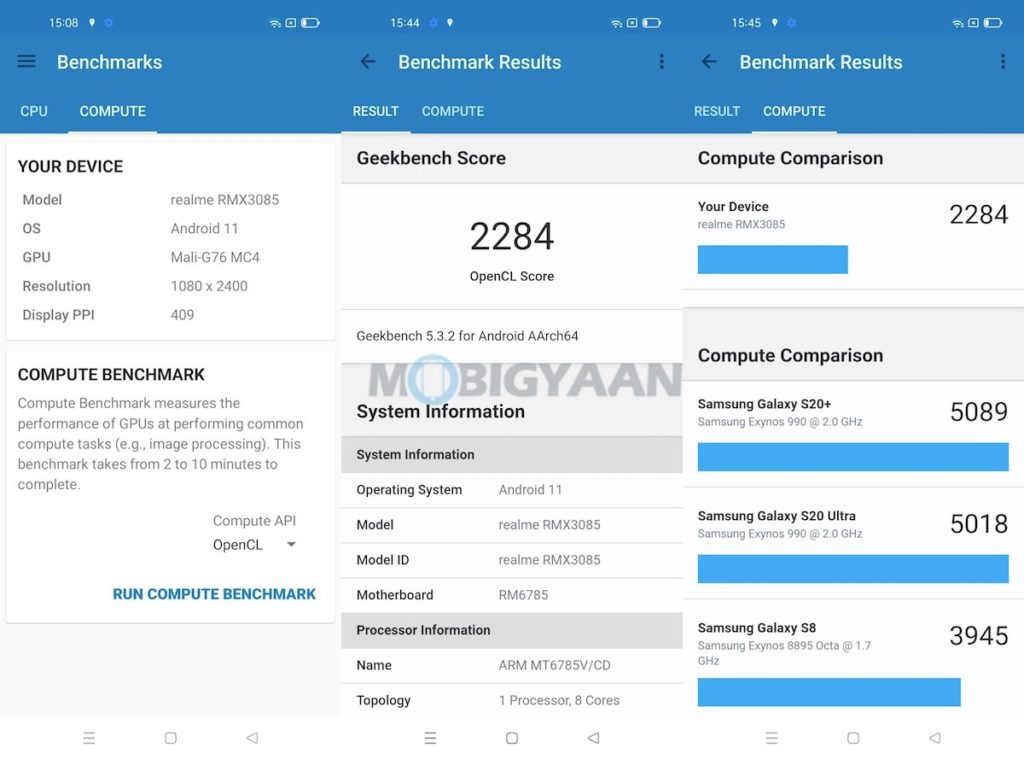 On the gaming front, the ARM Mali-G76 MC4 GPU is good for gaming, casual games can be playable in full settings fluently, as well as many games can be run on the phone with medium graphics settings (or medium-high in some games) and not for ultra settings.

Moving to the cameras of the phone, the Realme 8 equips a quad-camera setup at the rear side which offers a 64 MP primary camera with f1/1.7″ Sony IMX682 sensor, the one we saw on its predecessor Realme 7. 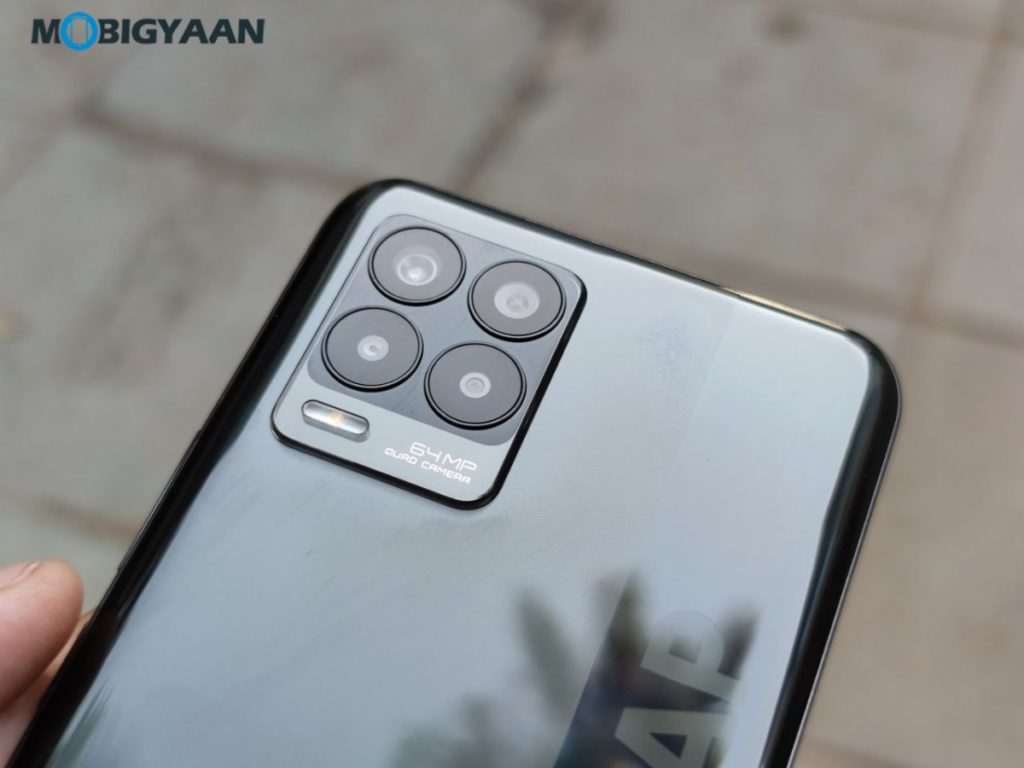 The rest three cameras use an 8 MP 119° ultra-wide-angle lens for wide-angle shots, a 2MP macro camera for 4 CM macro shots, and a 2 MP B&W portrait lens for portrait shots. The front side offers a 16 MP f/2.45 Sony IMX471 camera for selfies and video calling.

As you can see in the screenshot, the interface loaded with features, the new modes such as the Dual View mode, and Movie mode, aside from the usual modes. The image quality is fairly good, the Sony IMX682 offers a good overall camera performance. Take a look at our camera samples that we have shared below. 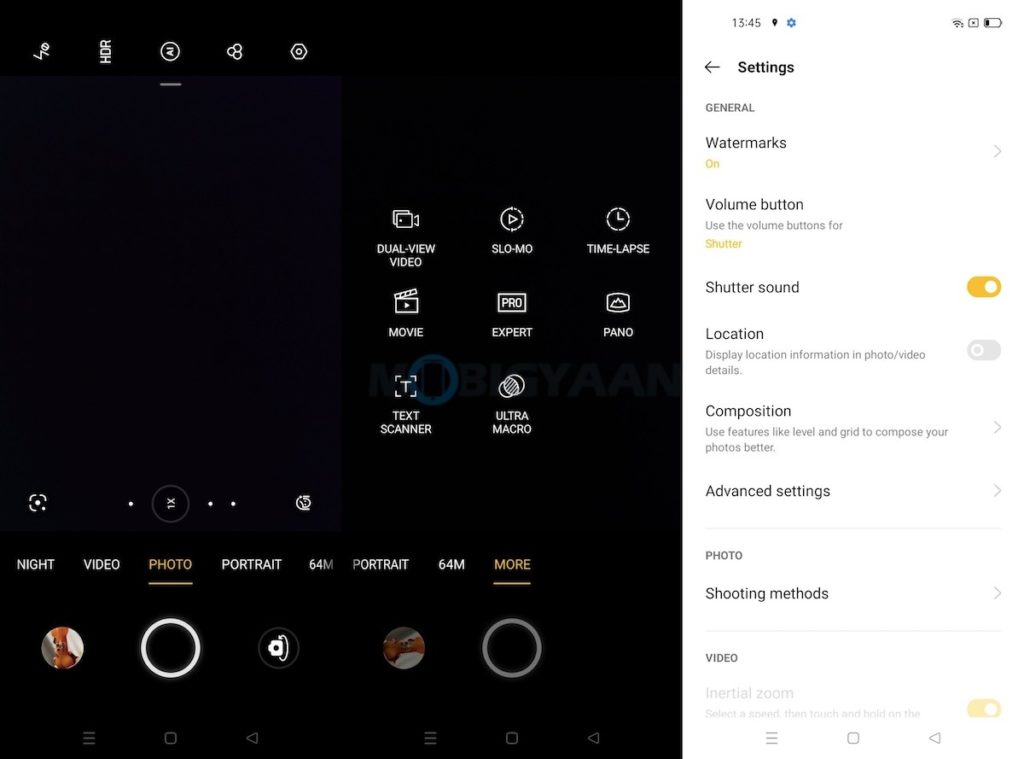 The Movie mode offers a wide Cinema view with manual controls, the camera can record in widescreen utilizing the full screen in this mode. The Dual-View mode can be used to record from both the cameras simultaneously, the front and the back. This feature is also seen in some Nokia and LG phones, but it seems realme has added this feature to give users more flexibility to the camera for a variety of creative and interesting short videos.

The video capabilities of the phone offer 4K video and slow motion, the camera records 4K at 30 fps and not in 60 fps. The new Starry mode which is found on its upper sibling isn’t available on the realme 8.

Speaking of the battery size on the phone, the realme 8 packs a 5,000 mAh battery the same battery we have seen on its predecessor, the realme 7. There’s no difference in the battery department as well as charging, the charging speed is capped at 30W whereas the realme 8 Pro supports 50W charging.

The 5,000 mAh battery should last up to 2 days on average use. It can offer as much as 952 hours of standby time, 43 hours of Talktime, 23 hours of YouTube watching, 98 hours of online music playback, and 10 hours of gaming.

How to show or hide file extensions on your macOS device

How to show or hide file extensions on your macOS device