Along with the Apple iPhone 14 series, the company has also launched its next-generation wearable devices. Apple has launched the new Watch Series 8 along with the refreshed Watch SE and an all-new Watch Pro. In terms of design, the Apple Watch Series 8 looks identical to the last year’s Watch Series 7. The company said that it is adding a temperature sensor to help people pinpoint ovulation, the time in someone’s menstrual cycle that makes pregnancy possible. Apple also claims that the health data is encrypted end to end.

Another new feature coming to the smartwatch is called Crash Detection. As the name indicates, it can detect car crashes thanks to two new accelerometers. It works with other sensors already present in the Apple Watch to detect four different types of crashes, including rollovers, front impact, back impact, and side impact.

Coming to the battery life, the company promises an 18-hour battery life, but there’s a new low-power mode that can make the device last up to 36 hours on a full charge.

The Apple Watch Series 8 comes in four aluminum colors — Silver, Midnight, Starlight, and Red along with three stainless steel finishes. The GPS-only model starts at $399, while the cellular models start at $499. All the models will be available for purchase starting from 16th September. 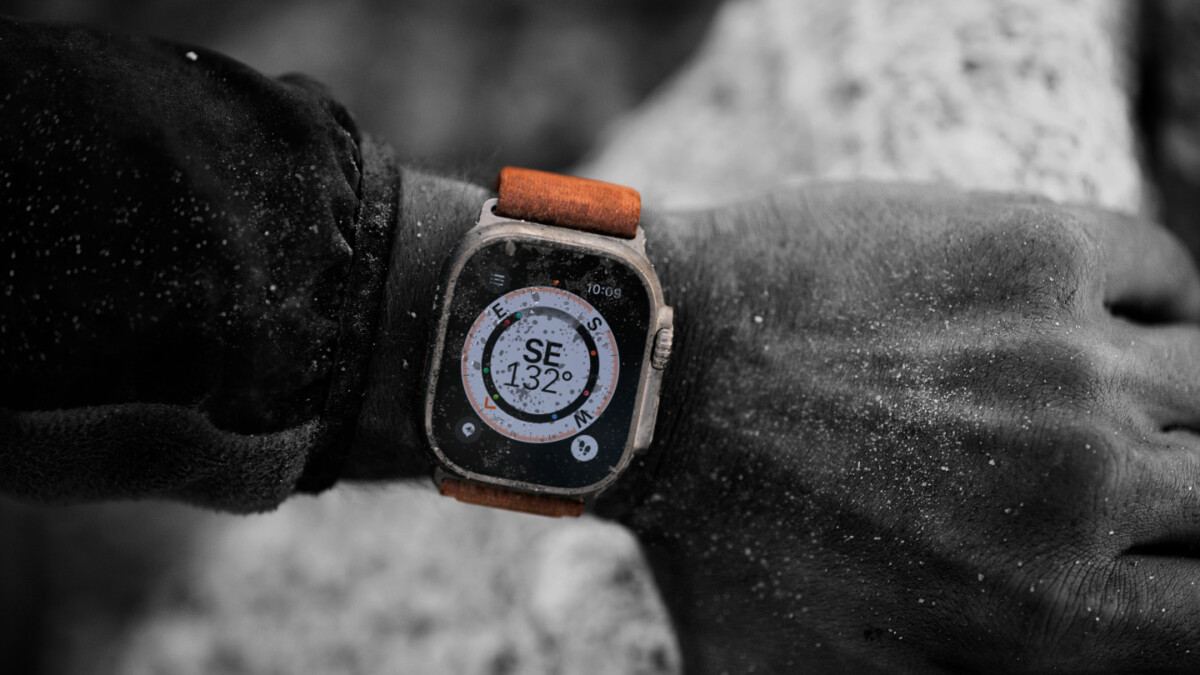 The first major difference between the other models and the Watch Pro is the size. The 49mm smartwatch comes with a larger screen, making it unsuitable for those with smaller wrists. There will also be special watch faces for the bigger screen, which can show a compass and eight more complications.

There’s also a new action button that’s customizable for a range of controls. It is a rugged device, making it suitable for all sorts of activities. The company says that the aerospace-grade titanium casing is built to withstand edge impacts. It is more waterproof, allowing users to take the device in deeper waters, including while scuba diving.

The GPS has been upgraded to offer the most accurate stats at all times, thanks to its dual-frequency setup and new positioning algorithms. It also packs a temperature sensor that offers alerts for a range of health data and also comes with the new crash detection feature introduced in the Watch 8 series as well.

It packs a bigger battery that can last up to 36 hours on a single charge, and the low-power mode can stretch it up to 60 hours. It is priced at $799 and will be available for purchase from 23rd September. The new Apple Watch SE replaces the 2020 model and remains the cheapest smartwatch from the brand. It is powered by the same chipset that is powering the new Watch Series 8 models, and the company claims that the device runs 20% faster than the previous generation model.

It comes with the new Crash Detection feature that Apple introduced across all the newly announced smartwatches. It also supports watchOS 9 along with new workout- and sleep-tracking features that are planned by the company.

The Apple Watch SE is priced at $249 for the GPS-only model while the cellular model is priced at $299. It comes in three aluminum models — Silver, Midnight, and Starlight. The device will be available for purchase from 16th September.