Needless to say, Dual Camera smartphones, can do much more things, single camera can’t. Starting from the year 2016, the next generation of smartphones will now have two cameras. Thinking of how smartphones are evolving makes it remarkable, we are sure about it will make a difference in the smartphone industry. Dual camera smartphones are nothing new to us, in fact, they already existed 2 years back, if you remember HTC One M8. But, each smartphone is capable of bringing something new to the table. Now that it could be the hot topic of this year, let’s see the top 6 smartphones of 2016 with dual cameras setup and what do they feature.

Coolpad Cool 1 is the latest and probably the last smartphone to show up in the year 2016 featuring a dual 13 MP camera. Looks like it is the most affordable smartphone of 2016 having two cameras. The camera itself is great for the price and offers a very similar camera configuration to Honor 8 and HUAWEI P9.

The camera captures classic Monochrome images, its SLR mode snaps images with bokeh effects and lets you focus on objects after the image has been captured. The phone uses a Sony Exmor IMX258 sensor that carries two functionalities. One camera captures B/W images while the other one snaps in RGB colors. Lenovo Phab2 Plus is Tango-enabled i.e. the camera comes with an AR (Augmented Reality) – a technology by Google that places animated characters and objects that interact with the rear world. Moreover, the dual 13 MP camera can also be used to refocus on objects after the image is captured. Featuring one RGB sensor and one Monochrome sensor, the 12 MP dual camera is one of the best dual camera made by Honor. Honor 8 comes with a dual 12 MP f/2.2 camera (Sony Exmor IMX286) with laser autofocus and dual LED flash. If you love doing photography, Honor 8 is made for you. The only thing the camera misses out is the Monochrome mode as seen on HUAWEI P9 and Coolpad Cool 1 Dual. However, it certainly can capture good low light shots, macro shots, and shots with precise depth focus. Its wide aperture mode allows you to blur the background by adjusting the focal length even after photo captured.

HUAWEI P9 is a camera-centric smartphone with two 12 MP cameras. P9 features a Leica branded camera (Sony Exmor IMX286) with 27 mm Leica Summarit H ASPH lens. P9 is the only smartphone of 2016 that has brought us the Leica’s Monochrome feature.

Since it has got two cameras, one camera is for capturing Monochrome shots while the other being an RGB sensor that captures colored shots. This combination of camera leads to a perfect photography. There is another feature that leads to DSLR-grade shots, it uses the extended depth of field which lets you set the bokeh effect on captured images. In addition, it supports RAW images and a Pro mode that will make the smartphone a pocket DSLR camera. HUAWEI P9 is a flagship made for the camera enthusiasts like you. 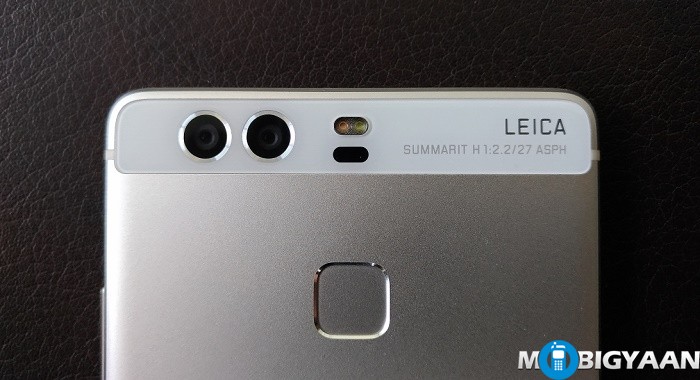 Being a flagship, LG G5 is also one of the smartphones with dual cameras. There are two cameras on the back, one is 16 MP f/1.8 and the other is 8 MP f/2.4 135-degree wide angle. The camera uses laser autofocus but only a single LED flash unlike others. Apart from the regular 16 MP camera, the second camera captures very wide image covering 135 degrees of scene. Fundamentally, the second camera is for capturing wide field of view which the regular camera can’t capture it. The camera has 3-axis OIS support, RAW image support, and can capture 4K video recording. Apple iPhone 7 Plus is the last one in our list. It has two 12 MP rear cameras. One is for the wide-angle and another is what they call it as Telephoto. The photographcs can be snapped with 2X optical zoom which further zoomz digitally up to 10X. Since there are two camera on board, it also uses the shallow depth of field effect to enhance the image. The camera is aided with true tone 4 LED flash which has the ability to control the flickering of the artificial lights. Honor 6X is an upcoming smartphone with two cameras, and who knows more smartphones might show up at MWC 2017. Do let us know in the comments which smartphone manufacturers are you expecting that are going to boast a dual camera configuration in the year 2017.