HTC has revealed another heir to its Desire range of smartphones – the HTC Desire 616. The Desire 616 looks to build upon the momentum generated by its sibling the HTC Desire 816. The handset was launched in India recently. We were at the event and got some time to play around with the smartphone. 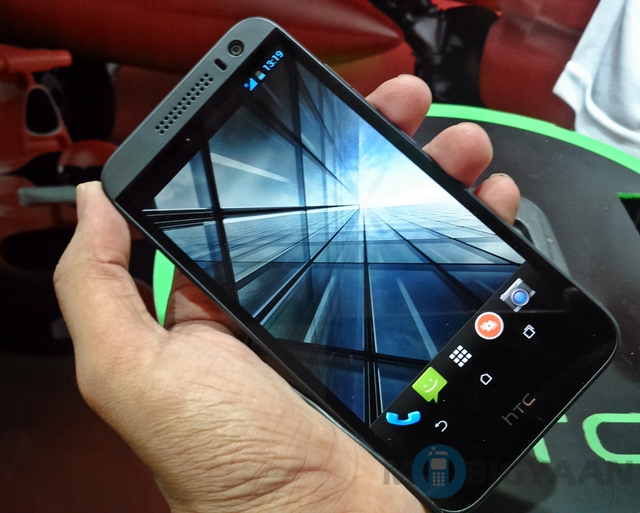 Check out the device images and little snippets of our opinions that we formed in the little time we had with it.

HTC smartphones are generally elegant in design and the Desire 616 isn’t any different. It is designed pretty well. It felt good to hold the handset and I generally felt good about except two things, the handset got smudgy both on the front and back, and it didn’t offer Android 4.4 but Android 4.2. Otherwise it seemed a pretty cool handset. I had one-on-one time with the grey version of the handset. The handset also comes in white which I hope should look better. The handset comes with a 5-inch 720p display. It lights up well. It is not full HD display which has just emerged in this segment, courtesy Xiaomi. The back of the handset houses an 8-megapixel rear cam. The camera works well, according to what little experience I had with it. It runs on a MediaTek processor, so the expectations aren’t too high.

Well, in the little experience I had with it, the HTC Desire 616 seemed a mixed bag of goodies.