Apple announces iOS 10 at WWDC 2016; Here’s what you should know iOS 10 is a huge software update which brings along updates to Messages, Siri, Maps, Photos, Apple Music and News apps. Apple also announced Home app which will let you manage home automation products in a secure manner. With iOS 10, Apple has opened up Siri, Maps, Phone and Messages to developers.

“iOS 10 is our biggest release ever, with delightful new ways to express yourself in Messages, a native app for Home automation, and beautifully redesigned apps for Music, Maps, and News that are more intuitive and more powerful, making everything you love about your iPhone and iPad even better.” said Craig Federighi, Apple’s Senior Vice President of Software Engineering.

“iOS 10 adds Siri intelligence into QuickType and Photos, automates your home with the new Home app and opens up Siri, Maps, Phone and Messages to developers — while increasing security and privacy with powerful technologies like Differential Privacy.” Mr. Federighi further added.

Here’s what you need to know about iOS 10: The Messages app now supports animations such as balloons, confetti and fireworks which can cover the entire screen to celebrate an occasion. You can type private messages with invisible ink and send it to your friends. The receipient has to swipe over the message to reveal it. With automatic suggestions, you can replace the words with emoji by tapping on it. You also don’t have to leave your conversation to play media.

As Apple has opened up Siri to developers, third party apps can now make use of Siri’s prowess. Developers can develop their apps based on Siri’s intelligence. With SiriKit, developers can design their apps to work with Siri for messaging, phone calls, photo search, ride booking and more with ease. Maps get a design makeover in iOS 10. Being open to developers now, bookings can be integrated right into Maps with apps like OpenTable. Booking a ride becomes easier for the users as they can do it without having to leave the Maps app. Maps will proactively suggest directions to you based on your routing or appointments on your calendar. It can also search for gas stations, restaurants, coffee shops and more along the planned route.

Photos now help you rediscover favorite and forgotten occasions from your photo library by automatically surfacing them in Memories. Memories scans all your photos and videos and presents them in a beautiful collection. Memory also contains Memory Movie which is an automatically edited movie with music, titles and transitions.

Advanced computer vision is used by Memories to group the people, places and things inside your images into albums with on-device facial, object and scene recognition. 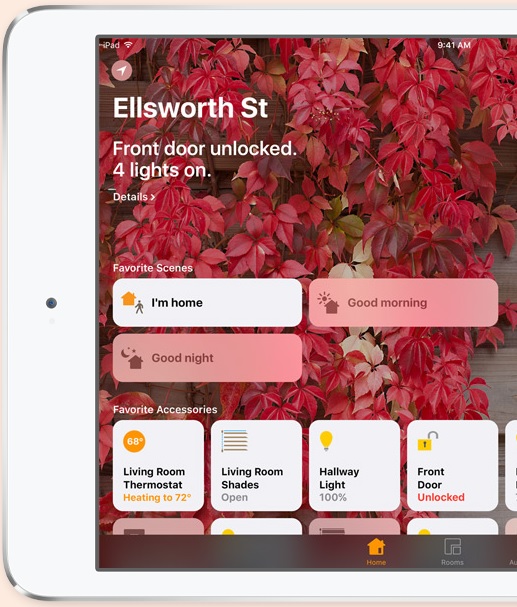 Apple announced its new app called Home which is deeply integrated into iOS 10. The Home app will make it possible to manage and control home automation products in a simple and secure manner, from one place. Accessories can be managed individually or grouped into scenes so they work together with a single command and can be controlled by using Siri as well. 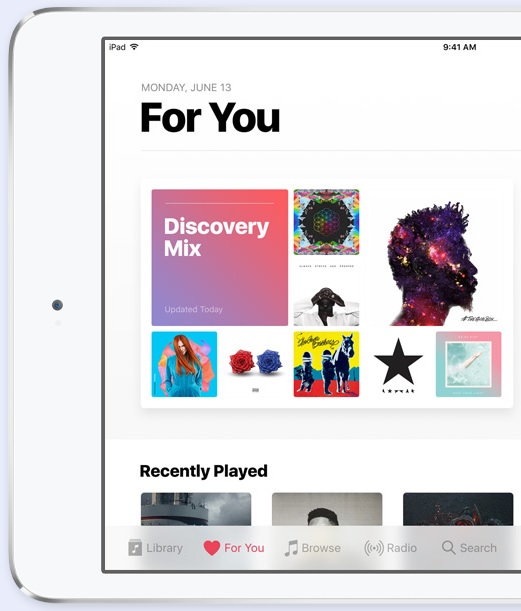 New simple design for Apple Music makes it easier to search and enjoy your favorite songs.The lyrics of a song will also be visible when you are listening to it.

The News app also gets a design overhaul with iOS 10. It comes with For You which is organized into distinct sections that make it easier to find stories. It also has support for breaking news notifications and paid subscriptions.

iOS 10 comes with ‘Raise to Wake’ feature which automatically wakes up the screen of your iPhone when it’s raised. This makes it easier to view all the notifications right from the lockscreen. Talking about Notifications, Today view and Control Center, they are all accessible with just a swipe or a press. iPhone 6s and 6s Plus will have deeper 3D Touch integration which will make interacting with apps much more easier.

iMessage, FaceTime and HomeKit now use end-to-end encryption which makes it unreadable to Apple and others. iOS 10 uses on-device intelligence which identifies the people, objects and scenes in Photos, and power QuickType suggestions.

iOS 10 will be available this fall as a free software update for iPhone 5 and later, all iPad Air and iPad Pro models, iPad 4th generation, iPad mini 2 and later, and iPod touch 6th generation.