Samsung introduced the Galaxy M series in India earlier this year to strengthen its position in the mid-range segment against the Chinese smartphone manufacturer. The Samsung Galaxy M30 was one of the high-profile devices in the lineup from the South Korean giant.

Now, the company has launched the second-generation smartphone of the same, dubbed as Samsung Galaxy M30s which comes with improved hardware and upgraded camera specs but the design is almost the same as its predecessor.

Let’s find out if this how the smartphone is and if it is capable enough to stand its ground against the likes of Realme and Xiaomi.

The Samsung Galaxy M30s comes with the same design as the Galaxy M30 featuring an Infinity-U display on the front. While the bezels on the sides are thin, the chin is quite thicker. The power button, as well as the volume rocker keys, are placed on the right side. SIM card tray is on the left side while the USB Type-C port and 3.5mm headphone jack, microphone and loudspeaker are at the bottom. The top has nothing except for the secondary microphone.

On the backside, there’s a triple camera setup in a rectangular housing placed in the top-left corner. It also comes with a rear-mounted fingerprint sensor in the top-center position but it can be reached quite easily. 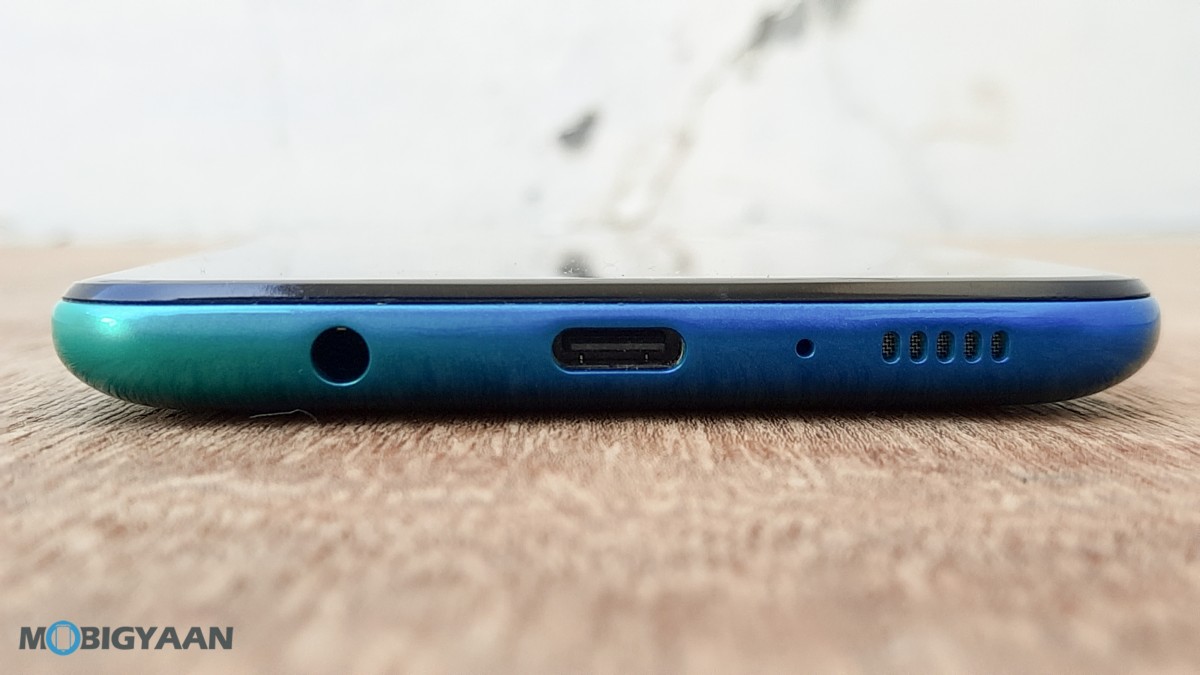 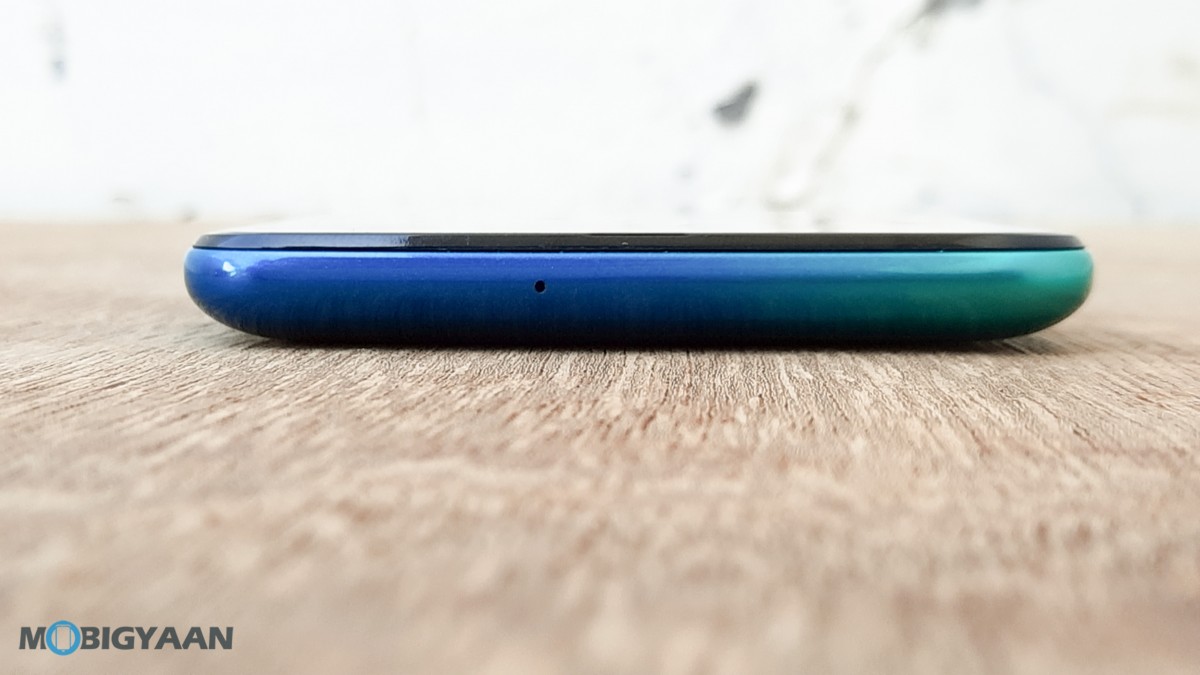 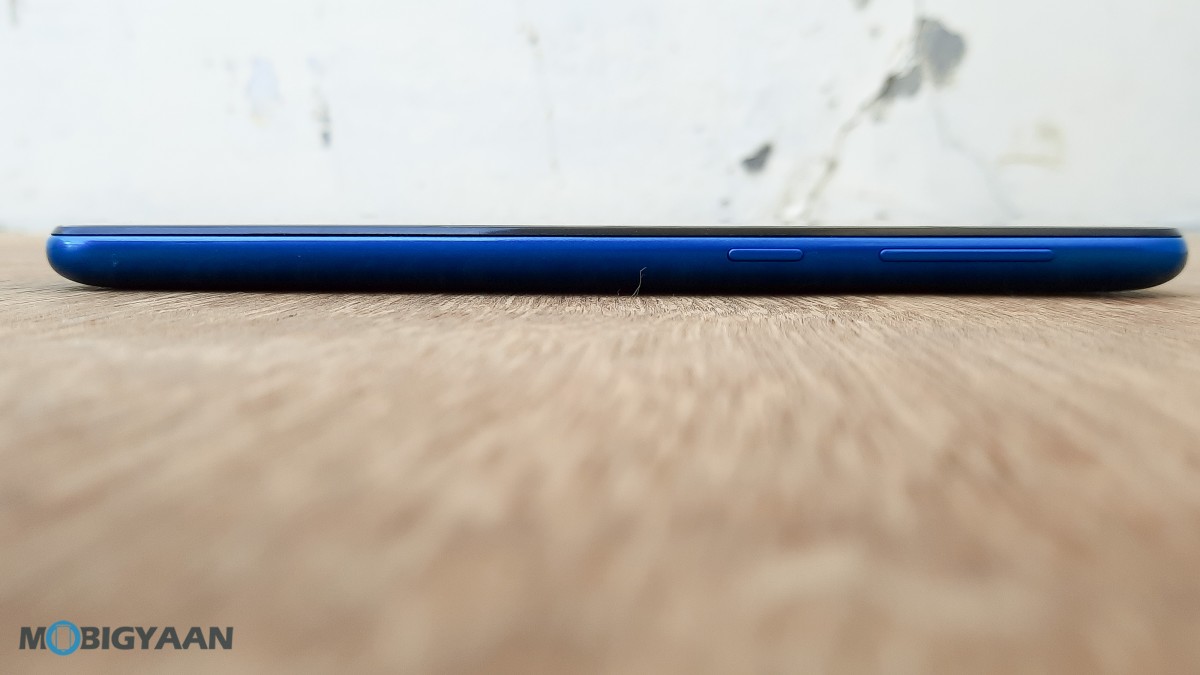 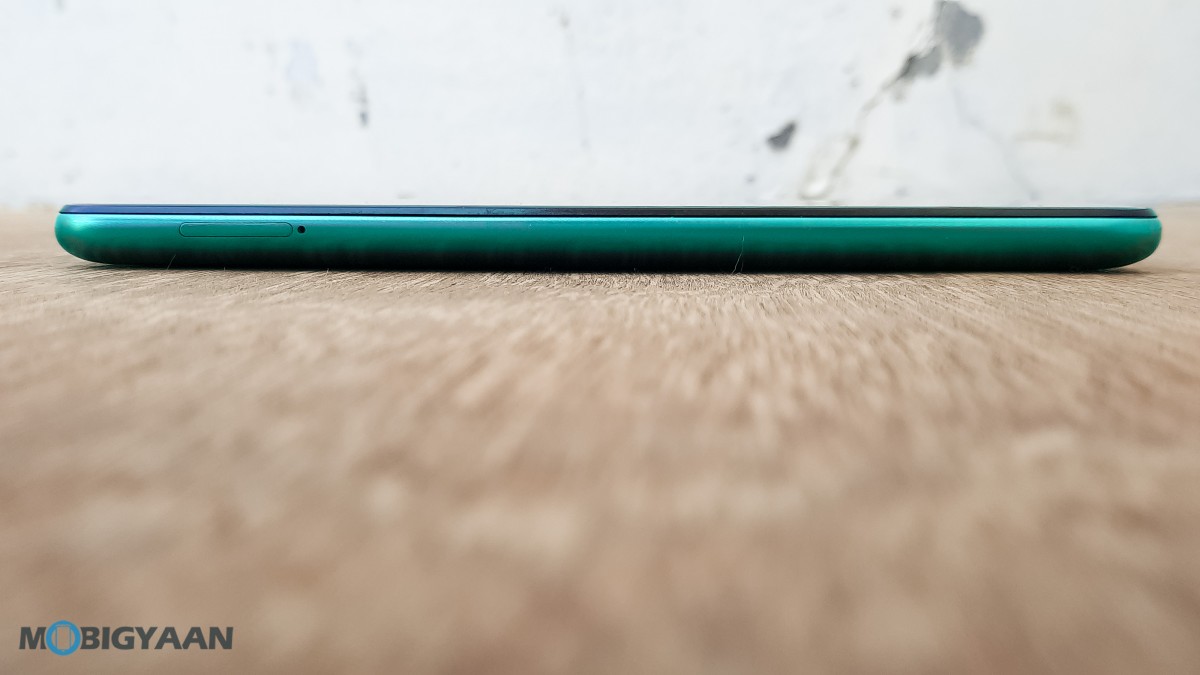 The company has introduced the phone in three color options — Opal Black, Sapphire Blue, and Pearl White. We had the Sapphire Blue version in for review, which comes with a gradient finish at the back. The look is unique but not everyone may prefer it. If that’s the case, you can go for the regular Black or White color variants.

The company seems to have used a cheaper quality of plastic on the Galaxy M30s and it feels when you hold the device in your hands. Combining this with the paint job, the smartphone feels cheaper and falls short of having a premium appeal.

Coming to the display, the smartphone features a 6.4-inch Full HD+ Super AMOLED display with 2400 x 1080 pixels screen resolution. It comes with a 20:9 aspect ratio and offers 411 PPI pixel density. It’s good to see that companies are now offering Super AMOLED panels in this price range. Thanks to the Super AMOLED panel, the display on the Samsung Galaxy M30s is pretty good. While Samsung phones have a bit oversaturated panel, they make the color pop out gives an immersive feel. However, we weren’t impressed by the brightness level as the peak brightness falls short when compared with the competition.

Although the outdoor visibility is not very bad, you may find yourself covering the display with your plans sometimes to read the text under direct sunlight. Overall, the display is pretty good for the price range and the color reproduction is also on-point. The only thing that holds back for the phone in this department is the peak brightness, but that is passable.

The Samsung Galaxy M30s is powered by the company’s new Exynos 9611 chipset which packs four Cortex A73 cores and four Cortex A53 cores clocked at 2.3GHz and 1.7GHz respectively. While the chipset is good enough for a mid-range device, it isn’t the fastest one in this segment.

The device works fine when it comes to day-to-day tasks. Tasks like switching applications and multitasking also work smoothly and without any kind of lag or slowdown. While 4 GB RAM is enough for regular usage, you may want to opt for the 6 GB RAM variant if you plan to keep the device for a couple of years. Playing games like PUBG Mobile at the highest settings was fine but we did experience occasional frame drops. However, the phone did heat up around the camera module and the heating was so much that we had to put the phone down for a few minutes. So, prolonged intensive gaming on the smartphone may not be possible.

In the benchmark tests, the chipset seems similar to the Qualcomm Snapdragon 660 SoC. In AnTuTu, the phone scored 152,428 points. The phone’s scores in the single-core and multi-core Geekbench tests were 283 and 1,144 points respectively. However, the scores are from Geekbench 5 and not the earlier version. The smartphone is running Android Pie operating system with Samsung’s One UI layer on top. Not much has changed in how the software works, and general smoothness and optimization is good.

However, the phone does come with a bunch of pre-installed apps, most of which cannot be removed. It comes with more than 20 pre-loaded apps which include Microsoft app suite, Samsung’s first-party apps, and the Galaxy Apps store, Netflix, Facebook, and others. Samsung’s One UI comes with several additional features compared to the stock Android experience. For instance, you have the choice to select the navigation system and can also rearrange buttons for the same. It comes with Digital Wellbeing and Wind Down mode.

The Wind Down mode is enabled, it switches the screen to grayscale and sets the phone to DND to help you unwind. There’s also Dual Messenger feature which lets you run two instances of supported apps. Thanks to the Always-On feature, you can glance over notifications on the lock screen.

While the camera configuration is a step up on the specs sheet, the same cannot be said about the camera output. The image quality seems to have gone a step down when compared to the first-generation device. The primary camera takes 12 MP shots by default, but you can capture 48 MP shots though the toggle is clubbed with the aspect ratio options. It comes with an AI-driven scene optimizer which helps the phone recognize what it’s pointed towards.

There are multiple shooting modes including Pro mode which lets you take complete control of camera settings. The Live Focus mode on the M30s lets you set the level of blur before taking a shot, and you can also change it in the gallery app later. It comes with a Night Mode but do not expect anything from it except for brightness. While the photos were good enough in the daylight conditions, but it lacks in gathering more details and the photo has inconsistent sharpness. The wide-angle photos come out bit grainy and lose clarity upon zooming in.

On the front side, the phone features a 16 MP snapper with f/2.0 aperture. It takes some nicely detailed images. There’s a toggle to switch between wide and normal images for taking photos with the front-facing camera, which is a nice addition. The highlight of the smartphone is its battery capacity. The Galaxy M30s comes packed with a 6000 mAh battery which promises a solid battery life. With regular to moderate usage, the phone can easily provide two days of battery life on a single charge. The company is packing a 15W charger in the box which can charge the smartphone from 0% to 22% in 30 minutes and up to 43% in an hour. However, it takes around two hours to get fully charged.

The earpiece has been moved to the frame above the front-facing camera module. This sometimes results in a lower voice during calls as the positioning of the phone when holding it keeps the earpiece above the ear. It would have been good if the phone offered louder output here.

Samsung has a promising lineup in the form of Galaxy M series but the new Galaxy M30s doesn’t live up to that reputation. The phone doesn’t have enough to stand out in this highly competitive mid-range smartphone segment. While the smartphone isn’t a bad one, it’s just that the phone is not exciting enough for this price range.

If you are fixated on buying a Samsung smartphone and not from Chinese brands, then you may opt for this one otherwise the likes of Xiaomi Redmi Note 7 Pro seem to be a better choice in this price range.