After launching the Samsung Galaxy Watch Active, the South Korean giant has been working on the Galaxy Watch Active 2, which has a subject of many leaks. Now, the official render of the upcoming wearable has also been leaked online. 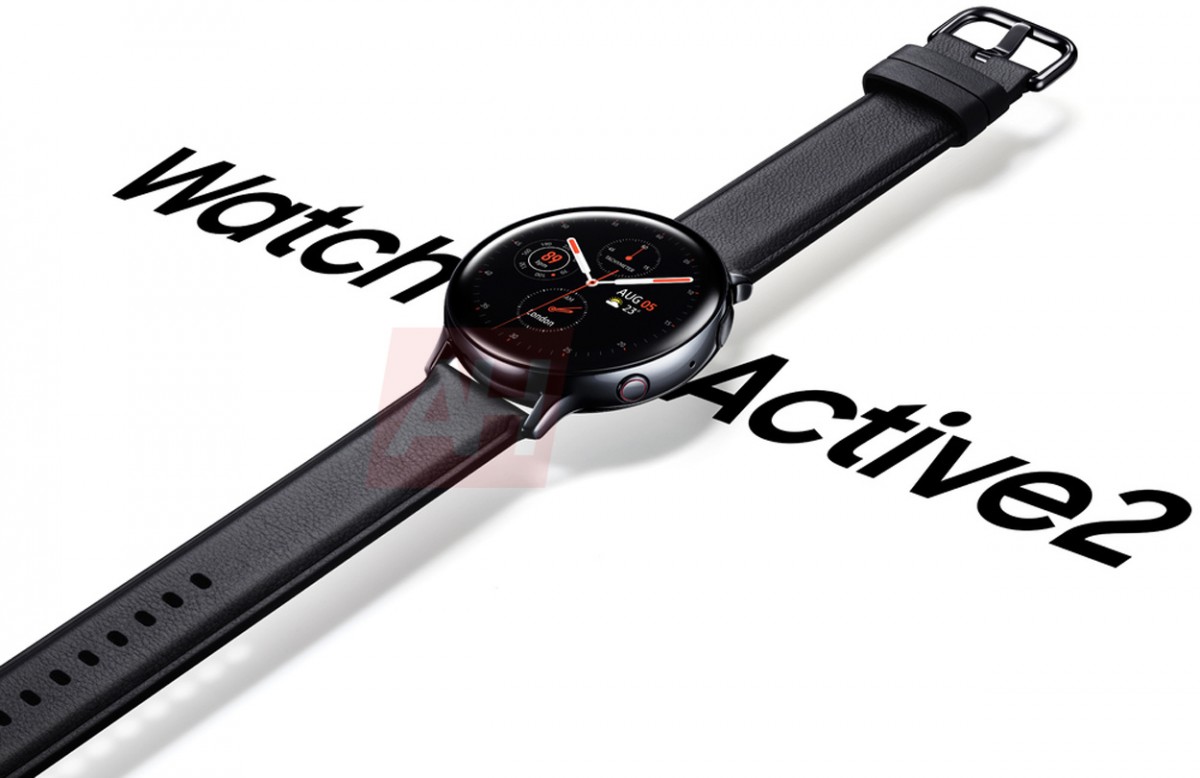 Further, the leaked render also provides a good look at the general style and design of the smartwatch and confirms many of the aspects previously alluded to. As for the design, it looks very similar to the Galaxy Watch Active that was launched in February this year.

The new smartwatch will come with a leather band while its predecessor was made available with a silicon strap as default and a sporty look. From the leak, it seems that the power button has a red-colored ring around it but it is not yet clear why.

Earlier, it was rumored that the Watch Active 2 will be made available in two sizes – 40 and 44mm, in three colors, and with Wi-Fi-only and LTE models. However, a purported leaked Samsung wearable roadmap talked about there being a Galaxy Watch 2 launching in the third quarter of this year, but no new Watch Active. But if it is going to get launched soon, there’s a high possibility that the Galaxy Watch Active 2 could get launched along with the Galaxy Note 10 smartphone.