Tecno, a new mobile brand just entered the Indian market with its smartphones – Tecno i3, Tecno i3 Pro, Tecno i5, Tecno i5 Pro, and Tecno i7. Tecno is a subsidiary of Transsion Holdings which also holds Infinix, Itel, and other smartphone brands. We received the Tecno i5 Pro and took some snaps, have a look at it below. It features a 4,000 mAh battery with Rocket Charging, a 13 MP rear camera with Quad LED flash and an 8 MP selfie camera with LED flash and screen flash With 8.05 mm sleek design managed to fit a large 4,000 mAh battery and it comes with Rocket Charging support. The Tecno i5 Pro has a 5.5-inch IPS HD display and an anti-oil fingerprint sensor.

Packs a 1.44 GHz quad-core processor from MediaTek, 3 GB LPDDR3 RAM, and 32 GB internal storage. The camera specs on paper appear to be good and competitive.

Cameras include a 13 MP rear auto-focus with Quad LED flash for better lighting at night and an 8 MP selfie cam with LED Flash and screen flash. On the software side, the Tecno i5 runs on a customized interface HiOS based on Android 7.0 Nougat. 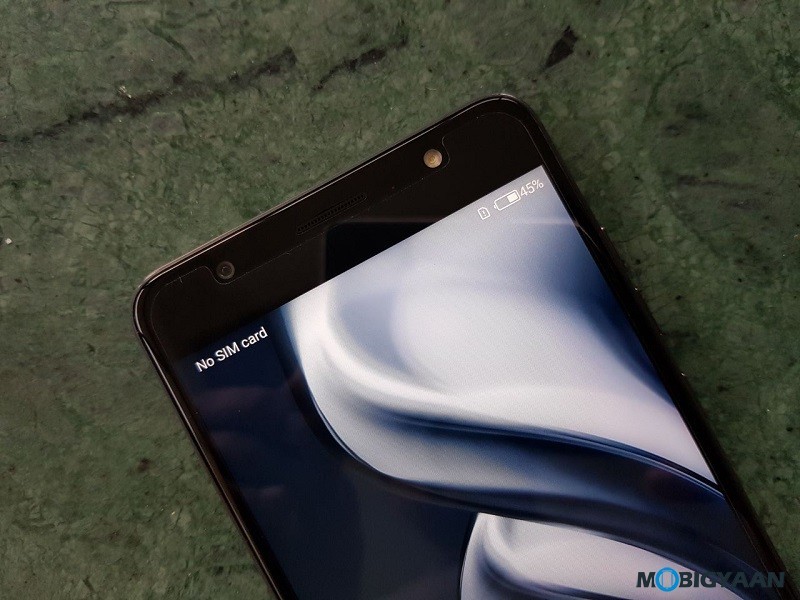 We didn’t find backlit touch keys on the phone. The physical home button can be pressed and it carries a fingerprint sensor that’s anti-oil or oleophobic (oil-repellant). As mentioned earlier, the 4,000 mAh battery uses Rocket Charging technology which charges the phone quickly.

It comes with a standard USB port at the bottom with two grills, one holding loudspeakers and one with a microphone. The top side holds a 3.5 mm headphones port. The power button and volume keys are on the right while the left carries the SIM tray. 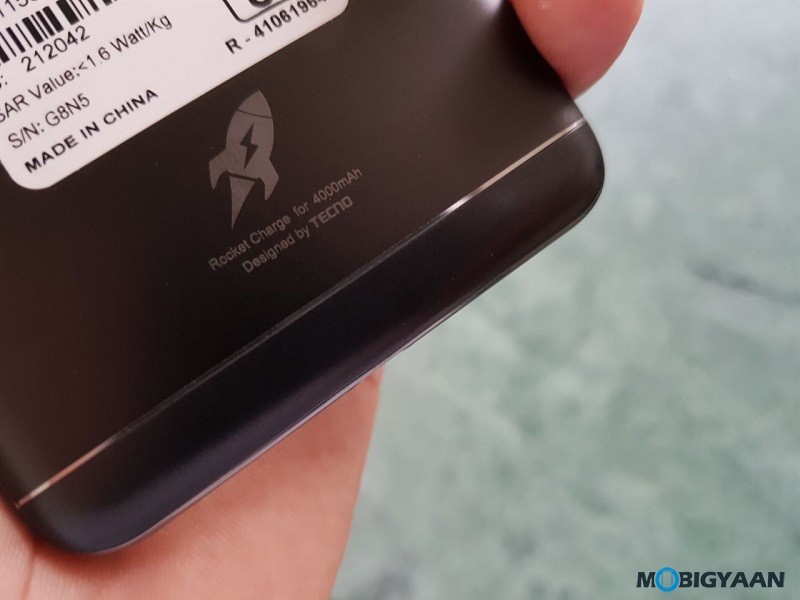