At the “Time Flies” event, Apple has today announced its next-generation smartwatch — Apple Watch Series 6. It comes with the same design that we have seen on the Series 4 and Series 5 devices but comes with added features.

It comes with new sensors that allow blood oxygen monitoring as well as better sleep tracking. The company claims that the new Watch can measure blood oxygen levels in about 15 seconds using red and infrared light. Under the hood, the new Watch Series 6 comes powered by the new S6 processor, which is claimed to offer a 20 percent faster performance and is based on the powerful A13 chipset.

In the software department, it runs the watchOS 7 which the company had unveiled during WWDC earlier this year. This operating system will also be available for all the Apple Watch models starting from Series 3.

The company is also adding a new feature called Family Setup that will enable parents to set up and manage Apple Watch for their kids and for those who don’t have iPhones of their own. However, Family Setup requires a cellular Apple Watch model. The new smartwatch will be made available in Gold, Graphite, Blue, and new Product (RED) version. There’s also a new “Solo Loop” variant which is made from one piece of silicone that has no buckles or adjustments but it’s stretchable to fit the wrist. There’s also a braided Solo Loop made from yarn in five colors and a new leather link strap. 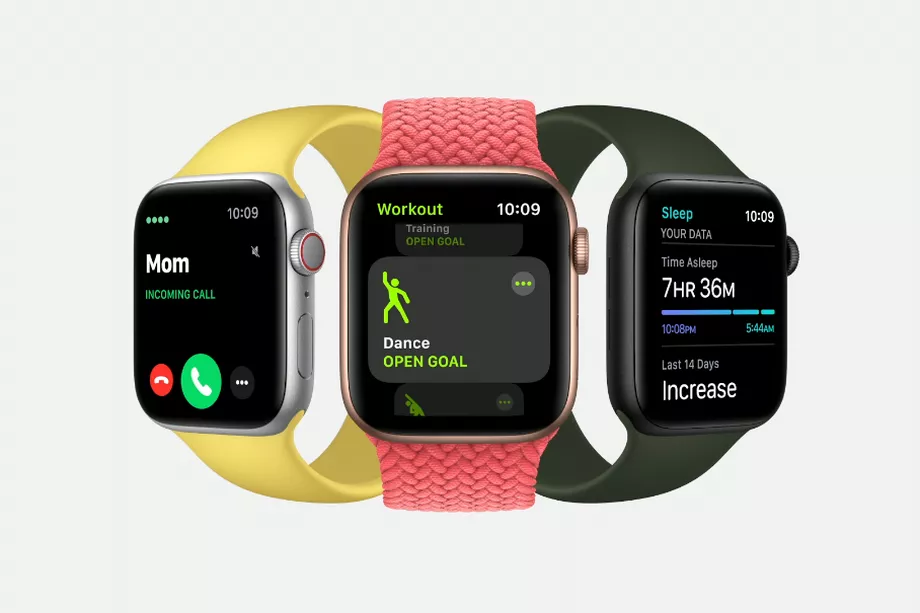 Along with the new Series 6 model, the company has also launched Apple Watch SE, which is a low-cost model and comes with features found in the last year’s Watch Series 5 model. It is powered by S5 chip but doesn’t seem to have an always-on display feature.

In terms of design, it is quite similar to Watch Series 3. Being a low-cost model, there’s no support for advanced features like fall detection or an ECG monitor, but it comes well-equipped with fitness tracking capabilities. The pricing for the Apple Watch SE starts at $279. It is now available for order and will start shipping from Friday.