South Korean tech giant Samsung launched the Galaxy S9 and Galaxy S9+ back in late February this year. These smartphones were launched with Android Oreo along with Samsung’s Experience UI atop. Well now, after almost 10 months from the launch, both these smartphones are finally receiving their much-awaited Android Pie update.

Both the Galaxy S9 and Galaxy S9+ are receiving Android 9.0 Pie update with One UI – Samsung’s latest custom Android skin. As this an Android version update, it weighs more than 1.5 GB in size, hence, we suggest you download it over a Wi-Fi connection. 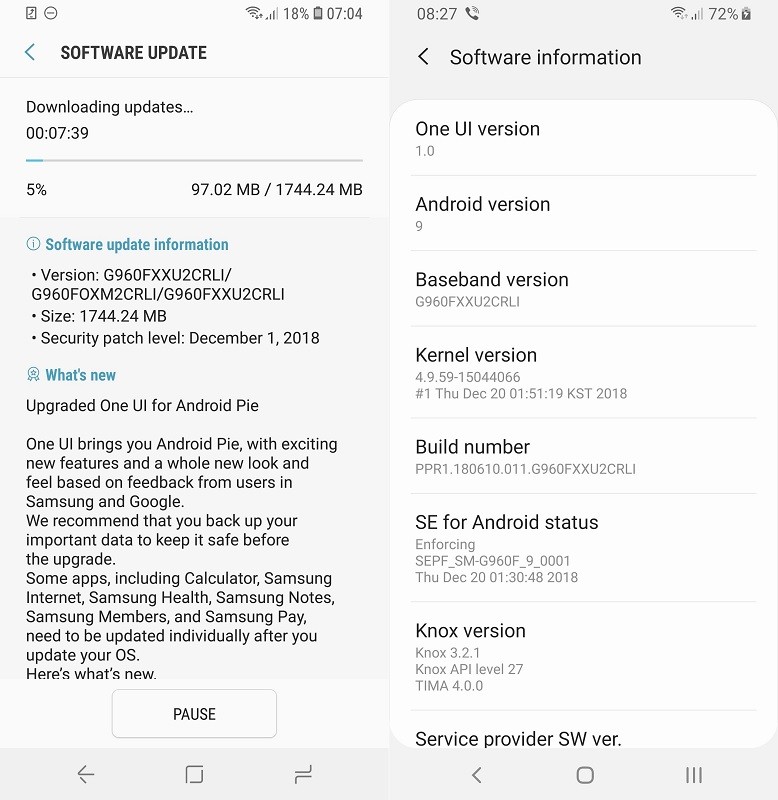 In addition to Android Pie features, this update also brings in latest Android security patch dated December 1, 2018. The update is rolling out over-the-air, and, if you don’t get an update notification within a week or two, you can check for the update manually by heading over to the Settings > Software update menu. Having said that, do note that this isn’t a global roll-out. At press time, the Android Pie update for Galaxy S9 and S9+ is only rolling out in Germany. But, now that Samsung has started the roll-out in Germany, we expect it to roll-out the update in other countries soon.