Last week, Chinese manufacturer Vivo launched yet another selfie-centric smartphone in India called the V7+. The Vivo V7+ being a selfie-centric smartphone was advertised with a 24 MP snapper on the front. However, soon after the launch, many people realized that the Snapdragon 450 SoC, which powers the V7+, is only capable of supporting 21 MP single cameras. And since then, Vivo India had received a lot of bashing on the social media. However, the company has confirmed that the V7+ indeed comes with a 24 MP front camera. 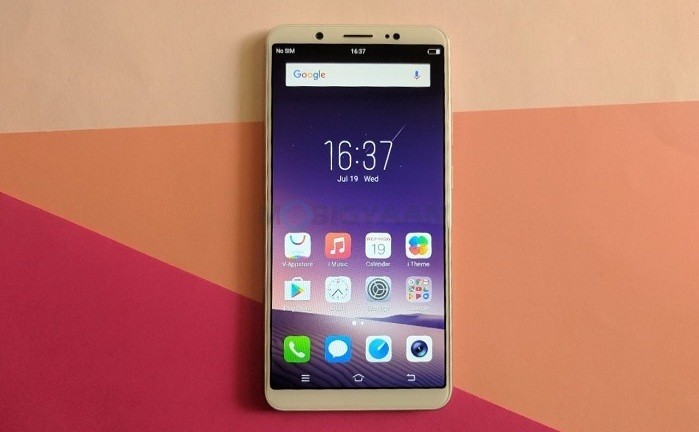 Vivo India has released a press statement saying that the V7+ does indeed come with a 24 MP camera on the front. The company also said that Qualcomm’s website will be updated to reflect this information. In case you are unaware, Qualcomm on its website lists the Snapdragon 450 SoC as being capable of supporting either 13 MP dual cameras or a 21 MP single camera.

Well, this caught the attention of some as a result of which Vivo India received a lot of flak from customers and tech media alike for false advertisement.

To clear the air, Vivo India has released a statement to confirm the presence of a 24 MP camera on the V7+.

“We appreciate your interest in Vivo and our products. Vivo would like to reiterate that the new Vivo V7+ front camera sensor is indeed capable of shooting 24MP photos. The Qualcomm website will be updated shortly to include support of this specification. We always guarantee the authenticity of our information, as well as our dedication to innovation and our consumers.” said Vivo India in a statement.

Qualcomm has also updated Snapdragon 450 page with the required information. As a refresher, the Vivo V7+, which is powered by Snapdragon 450 SoC, is laced with 4 GB RAM and runs Funtouch OS 3.2 based on Android 7.1.2 Nougat. It flaunts a bezel-less design and sports a 5.99-inch FullView IPS display having 1440 x 720 pixel resolution. You can check out full specifications below.