WhatsApp gets emoji search for Android & video streaming for iOS

WhatsApp has continually kept improving itself after becoming the most used instant messenger. This month, it has some more useful features lined up for users. There are three of them. 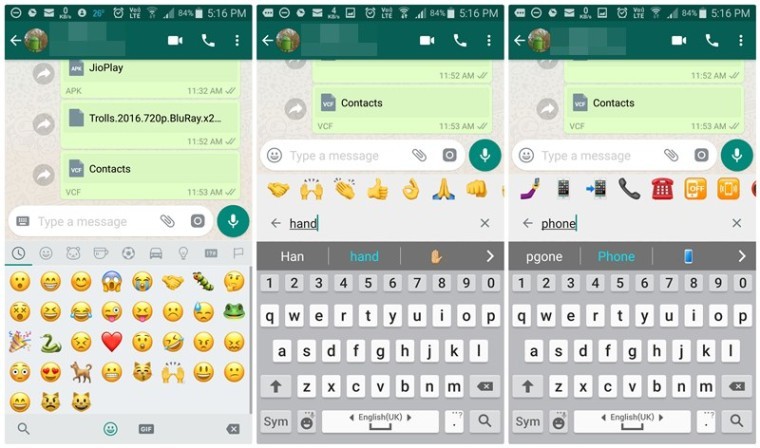 The instant messenger is adding Emoji search to its long list of features. Although this feature can be used by Android users with beta access. To search for the desired emoji, you to simply tap on the emoji icon and type the emoji. For example typing ‘car’ will get you a list of car emojis. The beta version is 2.17.246.

The second one is a very useful feature rolling out to iOS users only. But it should be available for Android soon. The video streaming feature plays a video while it is downloading in the background. So, now you don’t have to wait for it to download completely. Shared videos will have a play button now instead of the download button that we used to see. On iOS, the new feature arrives with version 2.17.31.

The last feature which is WhatsApp recall has been reported earlier. The feature appeared shortly on the WhatsApp FAQ page. but it has been removed since WABetainfo reported it. Nonetheless, this feature should be on its way soon.