Xiaomi has officially announced the Redmi 4A smartphone in India priced at ₹5,999. Not long ago, the Chinese company already announced its Redmi Note 4 a couple of months back with an amazing price of ₹9,999. Now Xiaomi wants to take over the smartphone market with its budget-friendly devices. The Redmi 4A seems to be the cheapest smartphone from Xiaomi, so let’s take a look at the Xiaomi Redmi 4A below. 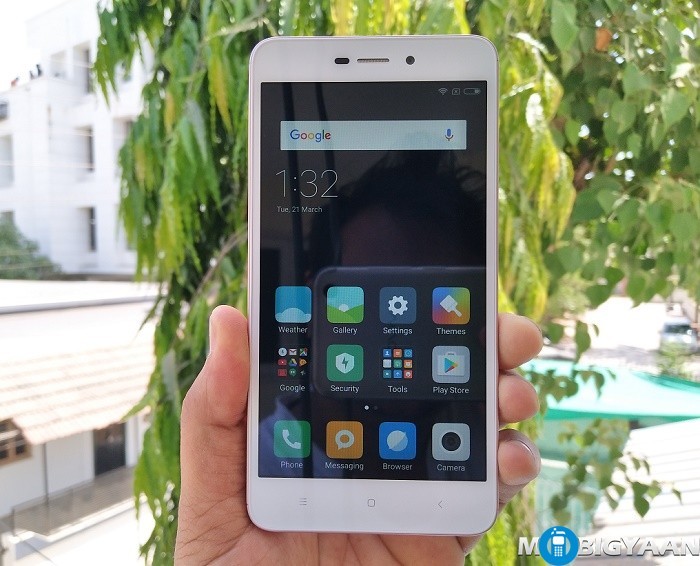 The Redmi 4A has a powerful 1.4 GHz quad-core Qualcomm Snapdragon 425 CPU with 2 GB RAM which tells us it certainly will deliver maximum performance in its segment. Though there won’t be much of a difference when compared to its sibling Redmi 3S, but it does have an edge over the other smartphones in this category. I believe Redmi 3S has a better chip (Qualcomm Snapdragon 430 with Adreno 505 GPU) for gaming.

Moving to its design, it may seem like the Redmi 4A is a trim-down version of the Mi 4i. Xiaomi Redmi 4A shares the Mi 4i’s design aesthetics, but the overall design has a lot to do with polycarbonate plastics than metal. Its bigger brother Redmi 3S already packs a metallic body. Fortunately, Xiaomi has provided three different choices of colors including the new Rose Gold which looks appealing.

This is the lightest Redmi phone ever made, I didn’t felt the weight when I pick it up, it is 131.5 grams light. It features a 5-inch HD display with a scratch resistant glass, but no 2.5D curve. On the back, it has a matte finish cover that wraps around the front. Since it’s an entry level device, it doesn’t carry a fingerprint scanner. 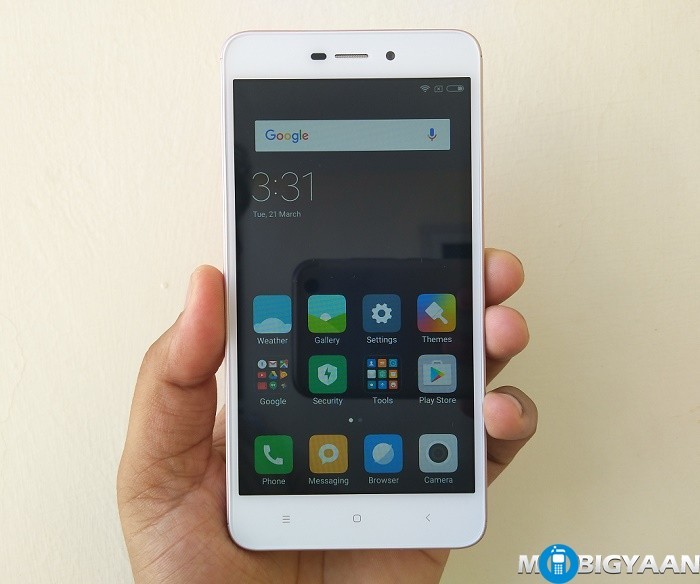 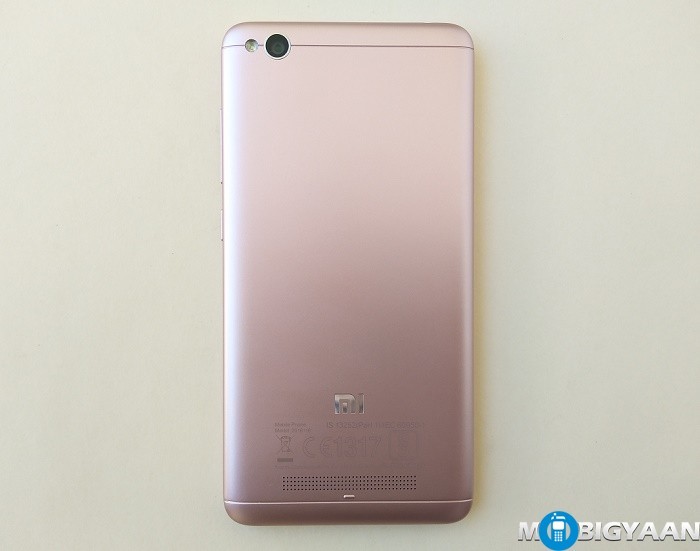 The specs are heavily upgraded from its older generations. The Redmi 4A is powered by a 1.4 GHz Qualcomm Snapdragon 425 quad-core CPU coupled with 2 GB RAM and 16 GB storage. The storage can be expanded up to 128 GB using a MicroSD card. The battery is significantly increased to 3120 mAh capacity followed by the camera module.

The rear camera is 13 MP f/2.2 (5-element lens) with a single LED flash. The rear camera captures 1080p videos but no Slow Motion. The camera supports all the basic functions like HDR mode, Manual mode, Night mode, Panorama, etc. On the front side, it has a 5 MP camera with no flash. On the right, it houses power and volume keys. On the left, there is a hybrid SIM tray that supports two 4G SIM cards both GSM (Micro + Nano). The SIM 2 is swappable with a MicroSD. The phone is VoLTE enabled.

On the bottom, you will find a Micro USB port and a microphone. On the top, there’s another microphone, a 3.5 mm audio jack and surprisingly, an IR Blaster for controlling your infrared-enabled devices such as TV, Air Conditioner, etc.

The Redmi 4A comes with the new MIUI 8 which is based on Android 6.0.1 Marshmallow. The MIUI 8 features a variety of features including dual apps feature that lets you can take advantage of using WhatsApp with two accounts. Furthermore, it has an Indic support for 13 local languages and has a customized SMS app. There’s more stuff coming soon to the MIUI 8. It will come with a smart SMS feature that converts IRCTC SMS into a full-fledged ticket-like format.

Xiaomi Redmi 4A is available in three colors – Dark Grey, Gold, and Rose Gold. It is priced at ₹5,999 at Amazon India and Mi.com. The sales will start on 23rd March at 12 PM.

How to quickly open camera on Moto G5 Plus [Guide]