It’s been more than two months since Google released Android 9.0 Pie – the latest version of Android. However, there are a gazillion phones out there that are still on Nougat and are waiting to be upgraded to Oreo, with OEMs rolling out the Oreo updates for these phones only now. Well, one such phone is the ZenFone 4 Selfie, which is now receiving the Android Oreo update. 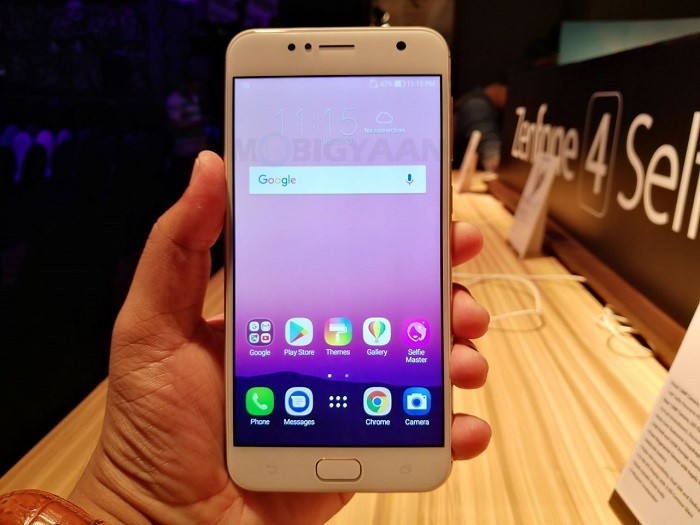 Taiwanese tech giant ASUS has finally started rolling out the Android 8.1 Oreo update for the ZenFone 4 Selfie. The update is being rolled out for ZenFone 4 Selfie carrying model number ZB553KL and ZD553KL.

The Oreo update being rolled out for ZenFone 4 Selfie carries version number 15.0400.1809.405. In addition to upgrading the ZenFone 4 Selfie with 8.1 Oreo, the update also bumps up the ZenUI version to 5.0 on the smartphone. However, a detailed changelog is unavailable at press time.

ASUS is rolling out the 8.1 Oreo update over-the-air for the ZenFone 4 Selfie, and, the company has said that it could take at least a week for the update to reach all the units. However, those who don’t receive the update notification even after a week can check for the update manually by heading over to the Settings > About > System Update menu.

The ZenFone 4 Selfie was announced back in August last year with Android 7.0 Nougat and ZenUI 4.0 atop.

Are you a ZenFone 4 Selfie owner? Have you received the Android Oreo update yet?

How to disable auto-downloading of Gmail attachments